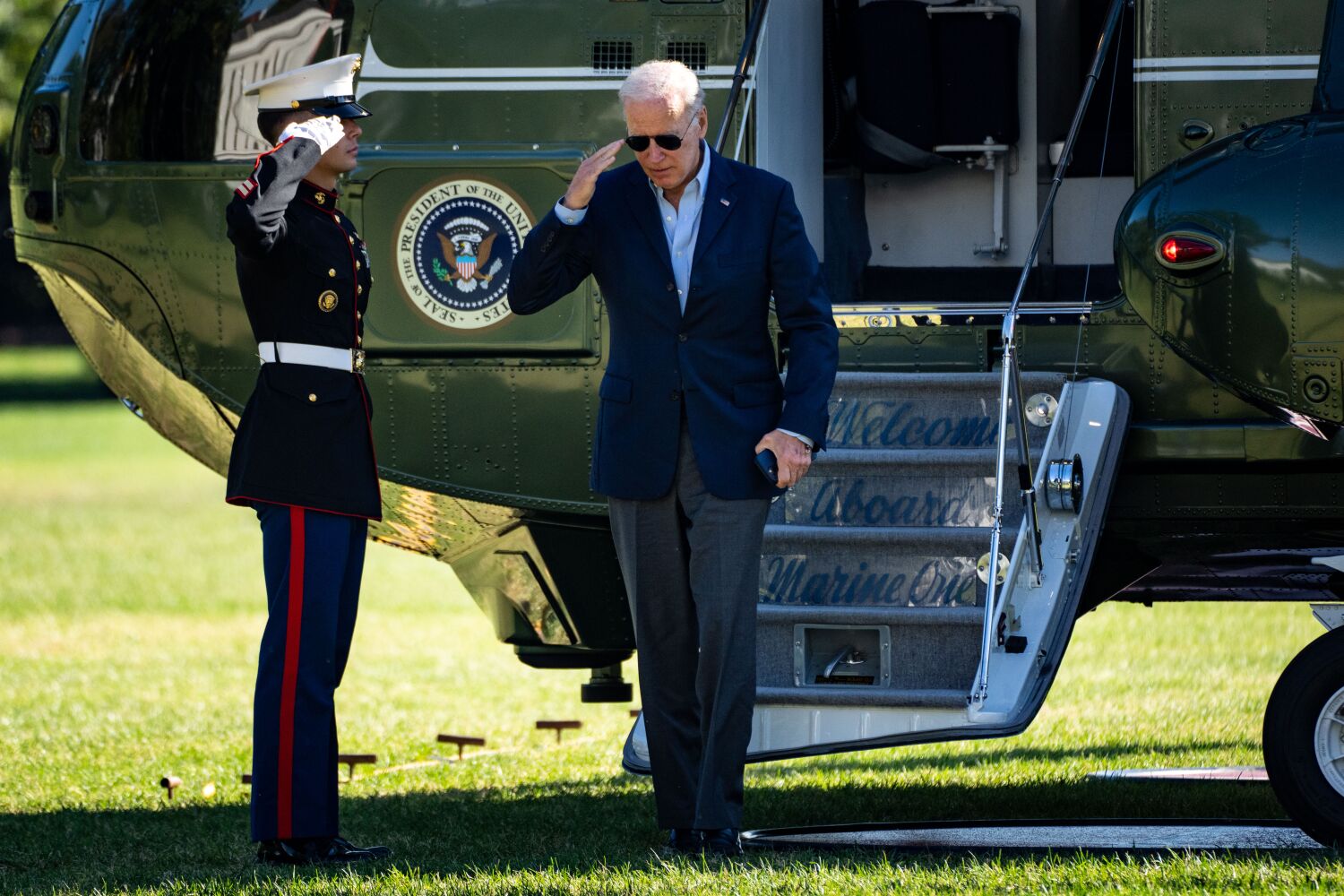 “The President is glad to see that one of the participants in this conversation has resigned, but they should all do it,” said Karine Jean-Pierre, the White House press secretary, calling the language recorded during the conversation “unacceptable” and “terrible”. ”

Biden is now the most prominent political figure to comment on the firestorm, which has sparked outrage across the city.

Jean-Pierre’s comments came on the eve of a four-day western swing that will take Biden to Los Angeles and Orange counties, and just hours after Martinez announced she would take a leave of absence from the council rather than give up her seat.

By deliberating ahead of Biden’s trip, the White House attempted to manage the controversy ahead of the president’s arrival in California, where he will hold two public events on Thursday and participate in a fundraiser with House Speaker Nancy Pelosi (D-San Francisco). will attend night.

The president joins a long list of California Democrats who have criticized Martinez, including Mayor Eric Garcetti, Sen. Alex Padilla, and both mayoral candidates Karen Bass and Rick Caruso.

In response to a question in the briefing room, Jean-Pierre took the opportunity to provide a broader contrast for voters as the midterm elections approached.

She cited comments by Sen. Tommy Tuberville (R-Ala.) at a rally with President Trump last weekend that suggested blacks were more likely to commit crimes.

Biden, propelled through the 2020 primary thanks largely to his strong support from black voters, has made it a point to speak out on a racial injustice and promised that justice would be a hallmark of his administration.

Although Democrats have failed to push voting rights legislation during his tenure, Biden has frequently condemned racism. He is determined to express solidarity with what he sees as the country’s root problem, and he is far less constrained by self-restraint than President Obama was during his eight-year tenure.

Martinez, who has now issued multiple apologies, became the first Latina to hold the powerful position of city council president in 2019.

The San Fernando Valley representative used racist terms and slurred colleagues during an October 2021 meeting with two other city council members when they discussed the city’s redistribution process.

Martinez specifically focused on council member Mike Bonin, who is white, and Bonin’s young son, who is black. Martinez once called Bonin a “little bitch” and referred to his son as “changuito,” which means “little monkey” in Spanish. She also said Bonin’s son misbehaved on a parade float and needed a “beat up.”