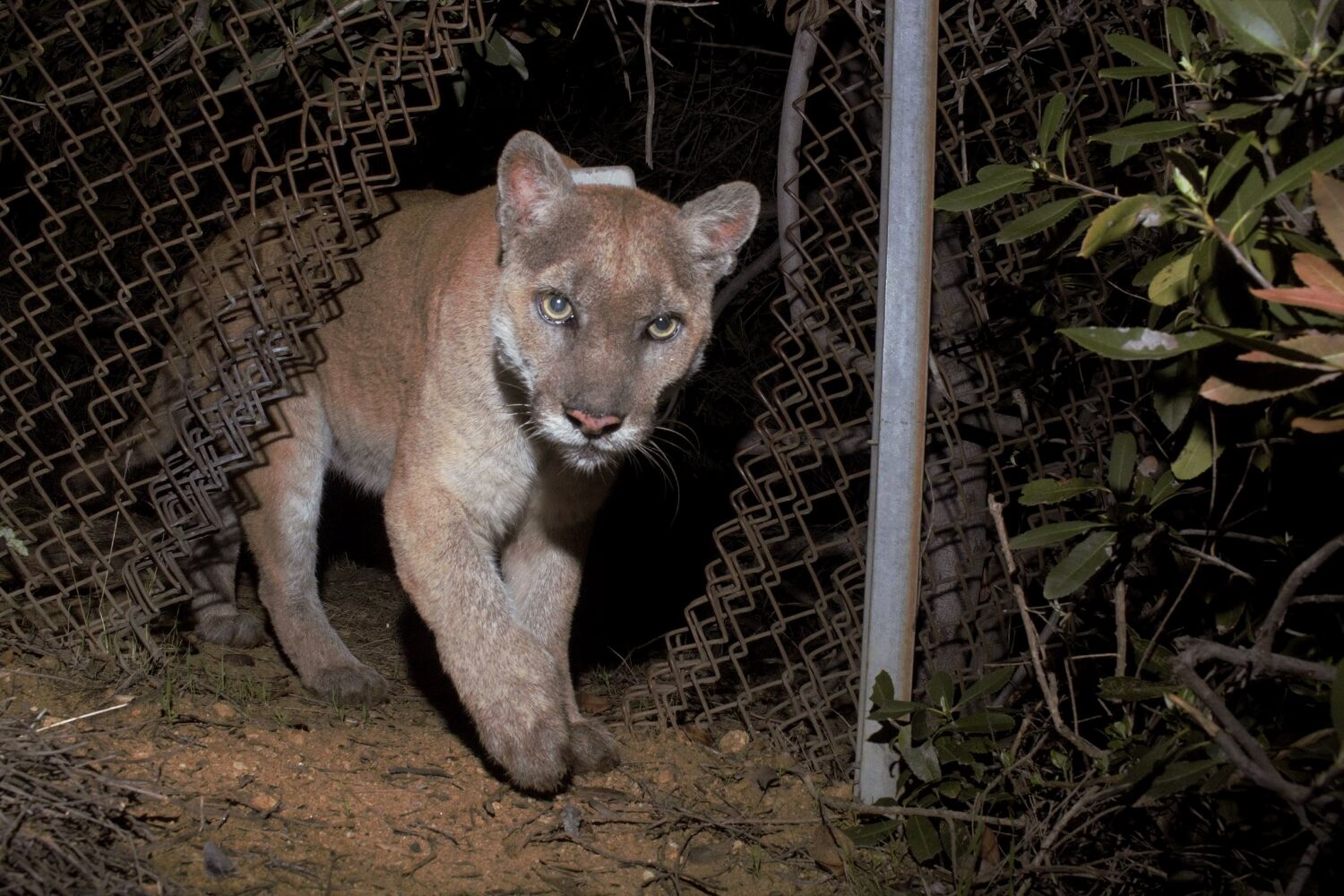 Since the capture of P-22s earlier this week, wildlife officials have struggled with the best path for the famous mountain lion, which has spent more than a decade roaming Griffith Park and the hills of Los Angeles.

State officials eventually decided to euthanize P-22 at 9 a.m. Saturday morning due to serious health issues. Here’s what we know about the mountain lion and its deteriorating condition.

“It really hurts and I know it. It’s been an incredibly difficult few days,” said Chuck Bonham, director of the California Department of Fish and Wildlife. “And I felt the full weight of the city of Los Angeles myself.”

The big cat suffered a fractured skull, prolapsed organs and a torn diaphragm, according to Hendrik Nollens, vice president of wildlife health at the San Diego Zoo, where P-22 was euthanized.

The injuries were most likely caused by a collision with a car last week, officials said.

P-22 weighed about 90 pounds, a loss of nearly a quarter of his typical body weight. He also had thinning fur and damage to his right eye, possibly from the car accident. A local wildlife agency had received a call reporting a vehicle collision with a mountain lion, and the P-22’s radio collar placed it near the intersection where the accident was reported, wildlife officials said earlier this week.

State wildlife officials decided to capture P-22s earlier this month after a series of worrisome problems.

He was showing increasing “signs of stress,” including three attacks on dogs in a month and several near misses with passers-by in Los Feliz and Silver Lake. The mountain lion killed a Chihuahua on its leash near Hollywood Lake in November.

“It was a difficult decision — it was the right decision,” said Beth Pratt, the California regional director of the National Wildlife Federation. “This animal doesn’t deserve to suffer.”

P-22 was believed to be around 12 years old, geriatric by wild mountain lion standards. Some experts said age may have been a factor in his deteriorating condition.

“I don’t know if you’ve ever seen video of a mountain lion attacking a deer, but it’s a tough experience for everyone, including the mountain lion,” Vickers said. “They have all the aches and pains and arthritis and things that we have.”

A pathologist from the San Diego Zoo and a mountain lion disease doctor from the California Department of Fish and Wildlife will perform a post-mortem, said senior wildlife veterinarian Deana Clifford. After his death, P-22 will contribute to several research studies on genetics, reproduction and health in mountain lions, she said.

Then P-22’s body is sent to the Natural History Museum in Los Angeles County, where it will be examined by Miguel Ordeñana, the scientist who first discovered P-22 in Griffith Park in 2012.

“I think that’s a really fitting ending to a life well-lived,” Clifford said.