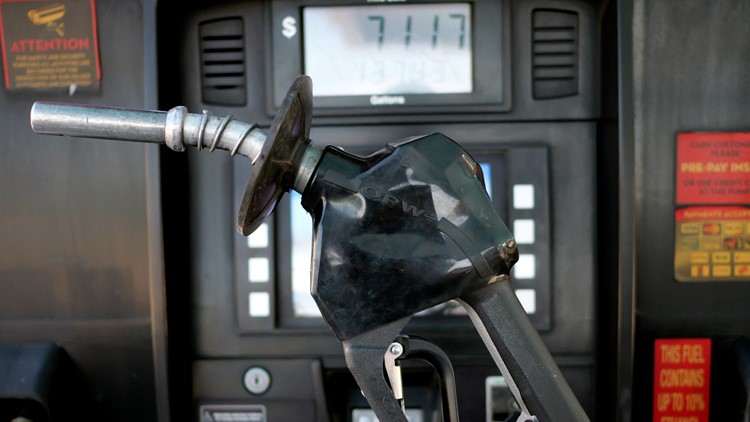 The national average price of a gallon of gasoline is up 19 cents in the past week alone, and it’s up $1.93 compared to this time last year.

NEW YORK – The national median price of a gallon of gasoline has surpassed $5 for the first time ever.

The AAA Auto Club said the average price on Saturday was $5.00. Motorists in some parts of the country, particularly California, pay far more.

The national median price is up 19 cents in the past week alone, and it’s up $1.93 compared to this time last year.

There are several reasons for the rise in gasoline prices.

Americans typically drive more after Memorial Day, so demand has increased. Global oil prices are rising, fueled by sanctions against Russia, a top oil producer, over its war in Ukraine. And in the United States, refining capacity is limited because some refineries have been shut down during the pandemic.

When you add it all up, the cost of gas is taking money away from Americans, who are facing the highest rate of inflation in 40 years.

According to AAA, California has the highest average price at $6.43. The lowest average is Mississippi at $4.52.

While this is the first time the $5 mark has been breached, it’s still not a record when inflation is factored in. Gas peaked at $4.11 a gallon in July 2008, which would be about $5.40 a gallon today.

On a monthly basis, prices rose 1% from April to May, much faster than the 0.3% increase from March to April. Contributing to this increase were much higher prices for everything from airline tickets to restaurant meals to new and used cars. These price spikes also increased so-called “core” inflation, a measure that excludes volatile food and energy prices. In May, core prices rose 0.6% for the second straight month. They are now 6% higher than a year ago.

Scientists struggle to understand the competition between Omicron and Delta

Suspect arrested in connection with murder of JBLM soldier

2 found dead in burned car in McKinney Fire in California

China Excels in Google Rankings on Xinjiang and Covid-19 Searches