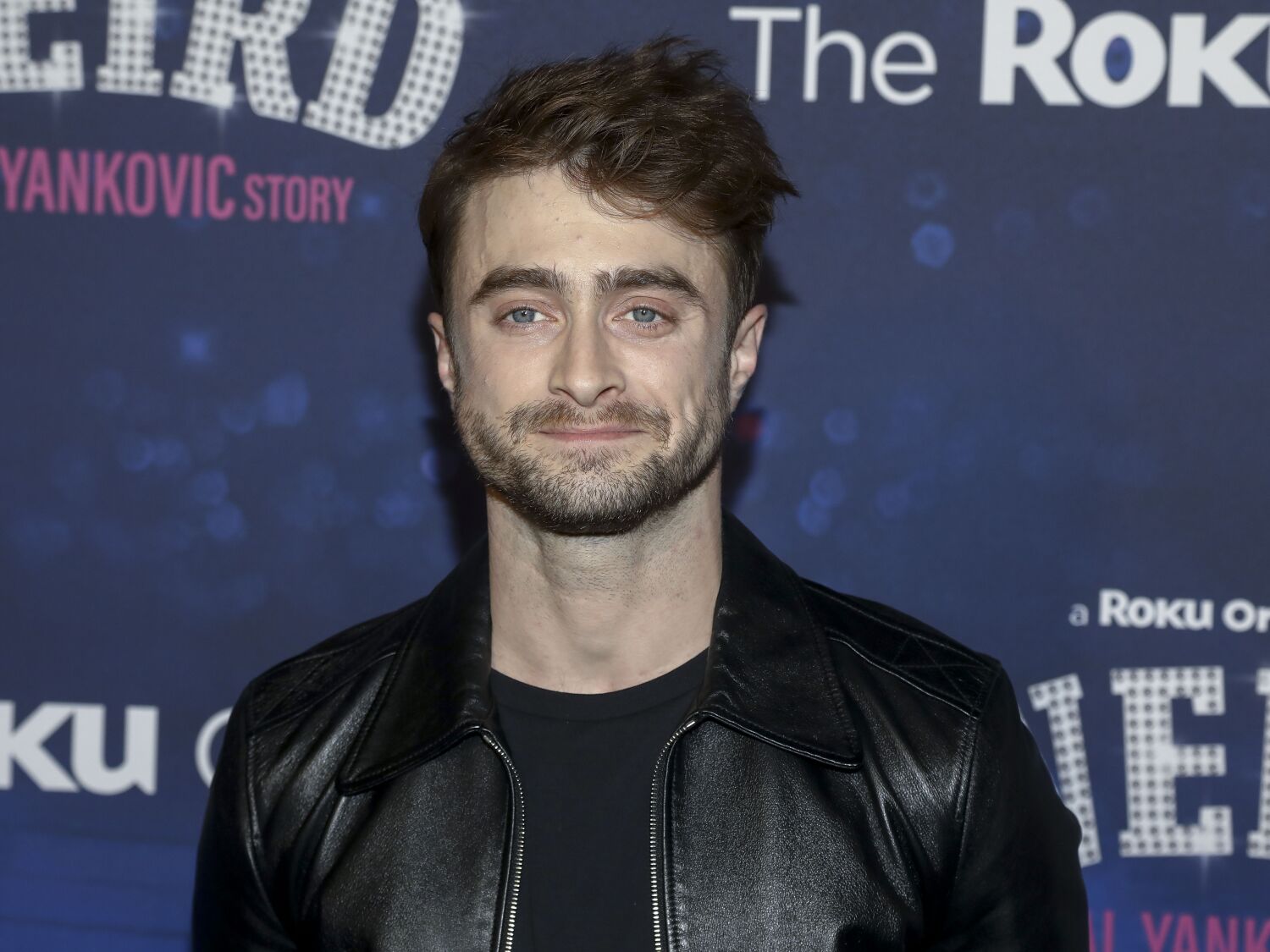 Daniel Radcliffe maintains his stance against transphobia and explores why he felt the need to speak out in 2020 when Harry Potter author JK Rowling made polarizing comments about transgender people.

The ‘Weird: The Al Yankovic Story’ star who came of age on screen as the titular boy in Warner Bros.’ Eight-movie Harry Potter franchise, joined several Wizarding World leaders in condemning the billionaire author and standing up for those hurt by Rowling’s tweets mocking the phrase “people who menstruate.” .

“The reason I… felt like I had to say something when I did was because, especially since ‘Potter’ was done, I’ve met so many queer and trans kids and young people who had a lot identifying with Potter,” Radcliffe recently told IndieWire. “When I saw them hurt that day, I thought I wanted them to know that not everyone in the franchise felt that way. And that was really important.”

At the time, Radcliffe had been working for years with the Trevor Project — the crisis intervention and suicide prevention hotline for LGBTQ youth — and wrote an open letter for the nonprofit that said, “Transgender women are women.

“Any statement to the contrary erases the identity and dignity of transgender people and contradicts all advice from healthcare professional bodies who have far more expertise on the subject than either Jo or I,” he wrote, also acknowledging that Rowling was “undoubtedly responsible for.” the course of my life.”

The 33-year-old actor, who has since starred in films like Escape From Pretoria and Guns Akimbo, also reiterated that position in an interview with The Hollywood Reporter published Monday.

Radcliffe said since playing Harry, he’s come to appreciate how many of his fans “were in some way trans or non-binary or gender non-conforming, and Potter was a big part of that identity.”

That, plus a “growing awareness of the money I had and a desire to do something useful with it,” prompted him to collaborate with the Trevor Project while performing “Equus” in New York, he told THR.

“There was a moment when I was like, I can’t look myself in the eye when I’ve worked for this organization for 10 years and I’m not saying anything,” Radcliffe said.

Since completing work on the final Potter film, 2011’s Harry Potter and the Deathly Hallows Part 2, the actor has made several unique creative decisions. He worked in the theater and shied away from franchise fare. He also played a number of eccentric characters in films and television projects such as Swiss Army Man, Horns, Miracle Workers and The Lost City.

The roles he chose turned out to be intentional, helping him land his final gig on “Weird” as parody musician Yankovic. (He’s also starring in an upcoming off-Broadway revival of Stephen Sondheim’s Merrily We Roll Along.)

“When I was finishing ‘Potter’ and trying to figure out what my career would be like after that, I always said I wanted to be the kind of actor who keeps his parts so interesting that when something comes out, people go, ‘Oh, he’s in, he’s always making interesting decisions,'” he said.

Fifteen years later, 'Giving him the business' lives on