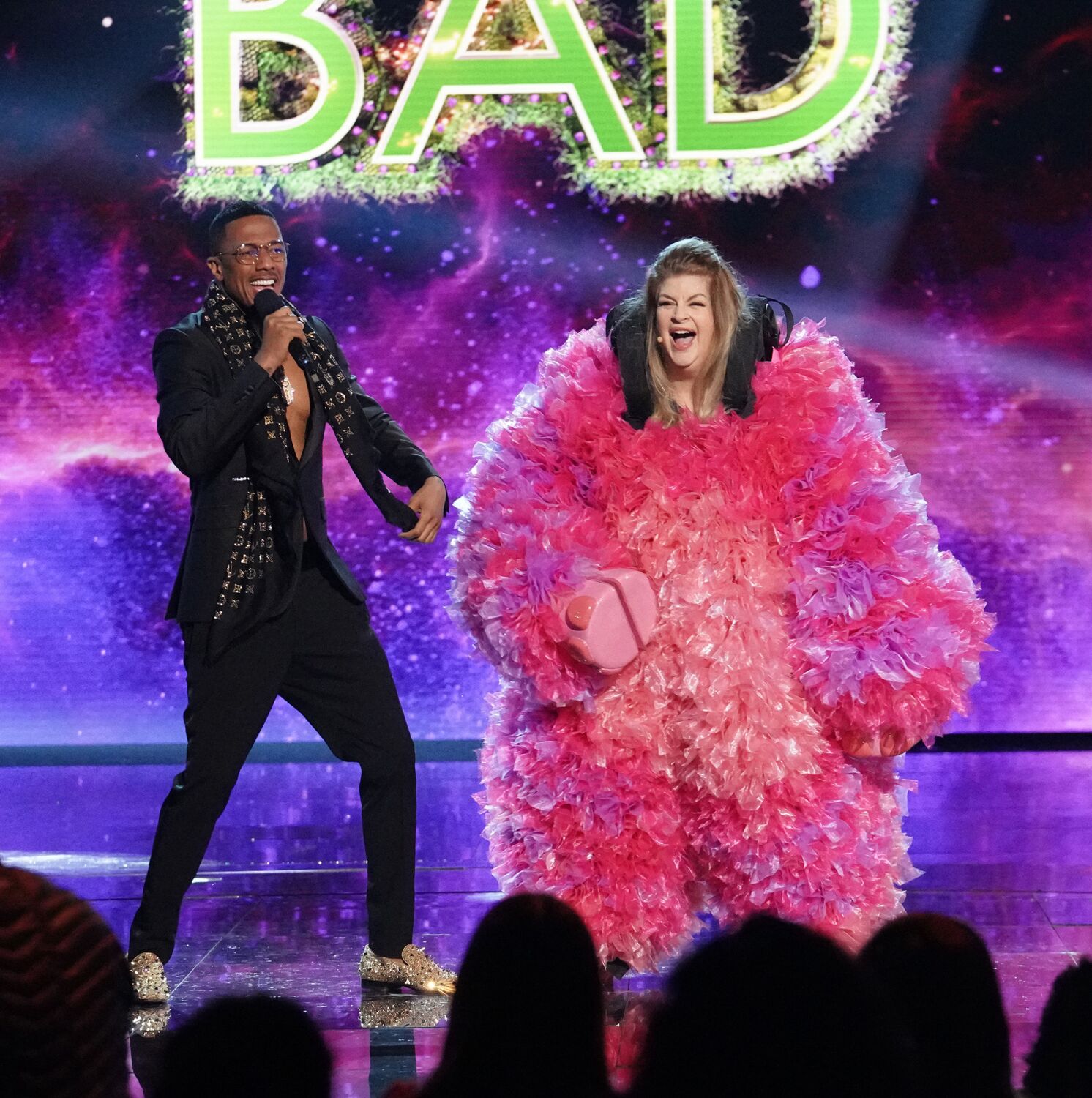 The late TV star Kirstie Alley made her final appearance on the small screen earlier this year as a contestant on Fox’s zany singing competition series The Masked Singer.

The Cheers and Fat Actress graduate, who died of colon cancer at the age of 71, returned to her roots last spring as the “brutal little beast” Baby Mammoth in Season 7 of the show. However, she was eliminated in April, one episode after her debut.

When presenter Nick Cannon revealed Alley’s identity, the actress – who has also starred in ABC’s ‘Dancing With the Stars’ and Britain’s ‘Celebrity Big Brother’ – explained what led to her latest foray into reality TV.

“I’ve done a lot of things in my career, but I never got into the circus,” said the Emmy and Golden Globe winner. “I have grandchildren, and they’re very young, so they’ll think that’s good.”

Alley first performed “Walkin’ After Midnight” by Patsy Cline, then “The Shoop Shoop Song (It’s in His Kiss)” (performed by Betty Everett and Cher) on the program. She also participated in a “cuddle duel” with teammate Space Bunny – who was later revealed to be singer Shaggy – in which they performed “Me Too” by Meghan Trainor.

At each performance, video packages introduced subtle references to Alley’s work, including references to her role in the Look Who’s Talking trilogy, her breakout role in Cheers, and her love of animals. Alley surprised the judges with a clue and later revealed that she had 15 lemurs, dogs, cats, birds and squirrels.

“I got into ‘Masked Singer’ because I realized about 10 years ago that I had to keep shaking up my career and my life or it would get really mundane, it would get boring really quickly. So I finally worked up the courage to do it,” she said in her exit interview.

Though she didn’t last long on the show, the “Veronica’s Closet” star said she felt good going home. She was particularly pleased to be finished with her character’s massive pink outfit. Alley jokingly blamed the costume for losing the contest because she quipped, “I honestly sing like that [Andrea] Bocelli,” but the heavy ensemble made her sing “like a cat in heat.”

“I hope I never have to wear that costume again for the rest of my eternity. … Be stingy when choosing costumes!”

The jury – consisting of Nicole Sherzinger, Ken Jeong and Robin Thicke – suspected that the person behind the mask was Melissa McCarthy, Reese Witherspoon and Rachael Ray respectively. But it was her colleague Jenny McCarthy who pieced together that Alley was the masked singer.

Alley credited McCarthy’s connection to 1990s boy band New Kids on the Block for cracking the code. McCarthy is married to member Donnie Wahlberg and Alley was friends with bandmate Jonathan Knight-Rodriguez.

Knight-Rodriguez was among the many celebrities — including her “Cheers” co-stars — who paid tribute to Alley after her death.

“My heart has been ripped into a million pieces and half my soul has been taken away…” the singer and HGTV star wrote on Instagram, sharing a photo of him and Alley. “[W]We met and connected in a way that is rarely experienced with others.”

Abcarian: Those killings linked to a man 'catfishing' a teen girl? A reminder that kids are easy prey