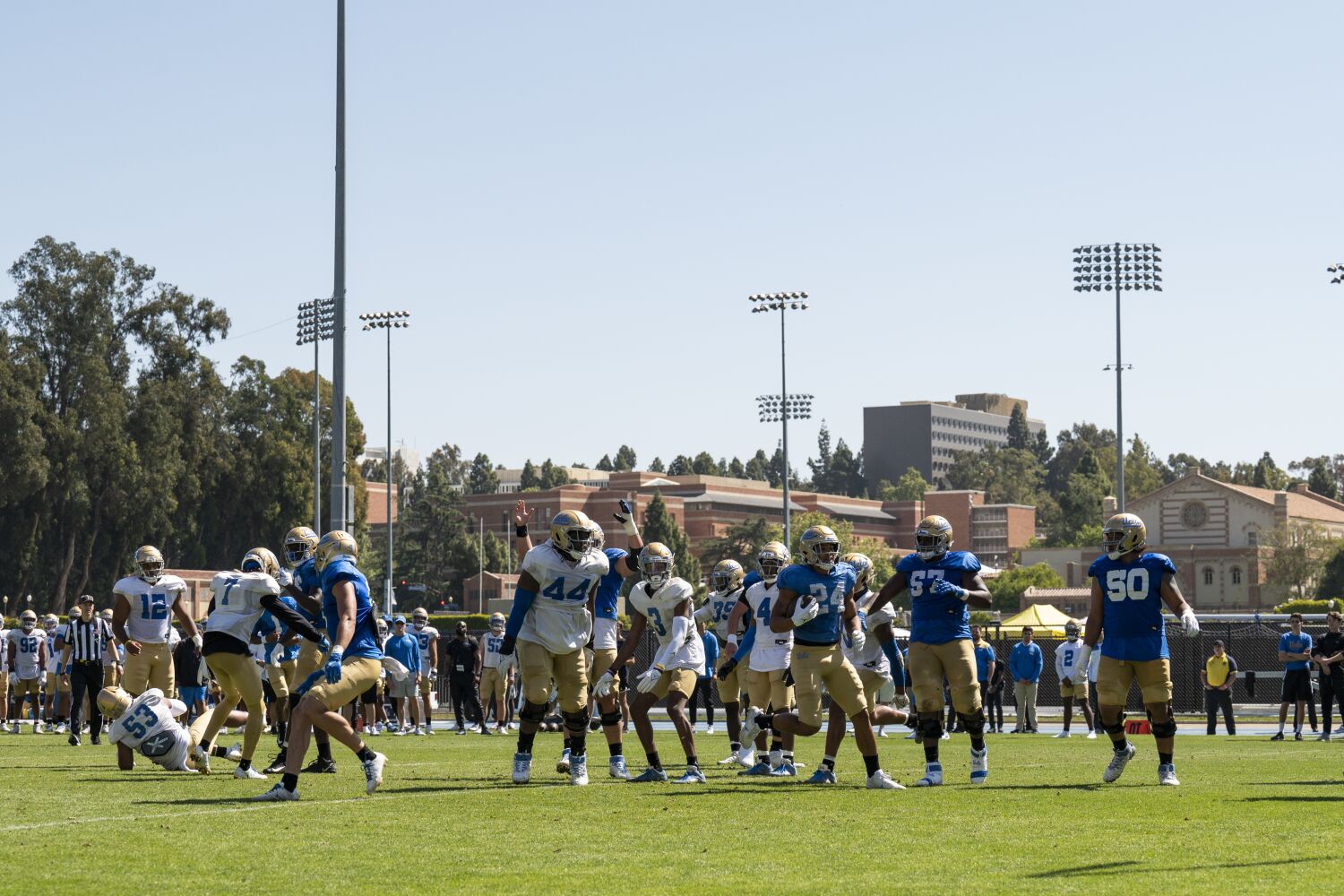 To hell with the anger. Matt Phillipi will watch his UCLA Bruins play football no matter what the headache.

The hour or so spent in traffic on Friday afternoon. The bus that drops him off his tailgate on the opposite side of the Rose Bowl requires a long walk. The late-night drive back to campus that could feel like a funeral if the Bruins lose.

Philippi will endure anything to see UCLA go undefeated in a Pac-12 conference bout against No. 15 Washington after years of making the same sacrifice to support his favorite team.

Like many of his classmates, Phillipi has pondered what it would be like not to make that 26.2-mile slog from Westwood to Pasadena just to revel in a short walk to games like other college football teams that they envy follow on TV.

“If we could drive past our frat house or Janss Steps or something,” Phillipi said, referring to places on or near campus, “I would think so many more people would go to games and there would be so much more.” there would be hype.”

More than half a century ago, UCLA students could experience the action of home games almost much closer to home.

Momentum built to build an on-campus stadium in 1965, back when the Bruins played their home games at the Coliseum. UCLA Chancellor Franklin D. Murphy sponsored the construction of a $6.5 million, 44,000-seat stadium to be embedded into the hillside west of the student athletic fields. It would be funded from student side fees, athletic revenue, and pledges from alumni and donor groups.

A feasibility study was carried out. Architectural plans were drawn and a stadium model was exhibited in the student union. Among other amenities, the stadium would house a regular football field, as well as a 440-yard, nine-lane track, outdoor lighting, concession stands, restrooms, scoreboards, a two-story press box, team locker and shower rooms, administrative offices, and ticket booths.

There was a setback. Students voted twice against the proposal and protested outside Murphy’s office. The campus newspaper Daily Bruin ran an editorial opposing the stadium and the use of tuition fees to fund it. The strongest opposition came from the directors of the Westwood Community Planning Committee, representing homeowners in Bel-Air, Brentwood, Westwood, and South Westwood.

Young tried his best to allay the homeowners’ concerns, telling them that most of the people going to the game would already be on campus and that parking would not be a problem given the availability of spots on weekends.

It was a losing battle. On the side of the homeowners were Governor Edmund G. “Pat” Brown and University of California Regent Dorothy Chandler. Brown courted votes in his 1966 re-election campaign against Ronald Reagan, not to mention the enormous political donations from these wealthy homeowners. Chandler, the mother of then-Los Angeles Times editor Otis Chandler, seemed indebted to the same homeowners who had helped her raise funds for the downtown music center.

Ultimately, the Regents dealt a double blow to UCLA’s stadium efforts, Young said. Not only was the planned soccer stadium destroyed, but a stadium built on the site could not later be expanded into a facility that could host a soccer team.

“That’s damn, damn, damn,” Young said. “Not only can’t you do it now, but also not in a way that you can expand and expand it at some point in the future as things change.”

UCLA turned to plans for what later became Drake Stadium, the 11,700-seat athletics stadium that opened in 1969 and strangely received the support of the UC Regent, though it was also funded by tuition. The football team continued to play alongside USC at the Coliseum until 1982, when another tenant joined the NFL’s Raiders.

Young, who by then had become UCLA’s chancellor, moved the Bruins to the Rose Bowl that same year, a decision extremely unpopular with coach Terry Donahue.

“He said, ‘Chancellor, you just rang the death knell of UCLA football,'” Young said, recalling Donahue’s concerns about the Bruins’ flight from central Los Angeles and the black community so important to the team’s recruitment.

But by the end of that first season, as UCLA played in front of a crowd of 104,991 for their victory over Michigan in the Rose Bowl game, Donahue was among the biggest supporters of the Bruins’ new home.

Decades later, UCLA and Miami remain the only Power Five conference teams to host home games more than a short drive from campus.

“The lack of a stadium on campus is the missing component of the most productive and successful collegiate athletic department there is,” said Gary Beban, the former UCLA quarterback who won the 1967 Heisman Trophy.

Fan support at the Rose Bowl has faltered over the years. UCLA had a record 76,650 as late as 2014, but attendance has fallen so low that the school put up massive tarps in each end zone to cover unused seating. For their first three home games this season, the Bruins have announced an average of 30,072 fans, although significantly fewer showed up.

UCLA has a better chance of making the college football playoffs than getting a stadium on campus. The Rose Bowl lease expires June 30, 2044 with no exit clause, and the current campus infrastructure, which includes the LA Tennis Center and an undercourt parking lot, makes an expansion of Drake Stadium all but impossible.

“In my opinion, the idea of ​​an on-campus football stadium would still be DOA, just like it was a few decades ago,” said John Sandbrook, a former longtime UCLA aide to Young. “The reality today is that such a proposal, even if it could be built, would severely disrupt campus operations each fall weekend, the scale of which is much greater today than it was 55 years ago.

“Notwithstanding the dreams of some, I think there would be very little overall support for reconsidering the 1965 decision in the current environment, even on a smaller scale of, say, 30,000 seats.”

That’s not to say Philippi and his classmates, who ramp up the 405 on Friday afternoon, can’t stare longingly out the windows of their bus, longing for what could have been.

https://www.latimes.com/sports/ucla/story/2022-09-29/ucla-on-campus-stadium-1965-plan-dashed-rose-bowl-drake Why plans for a UCLA football stadium likely won’t be revived