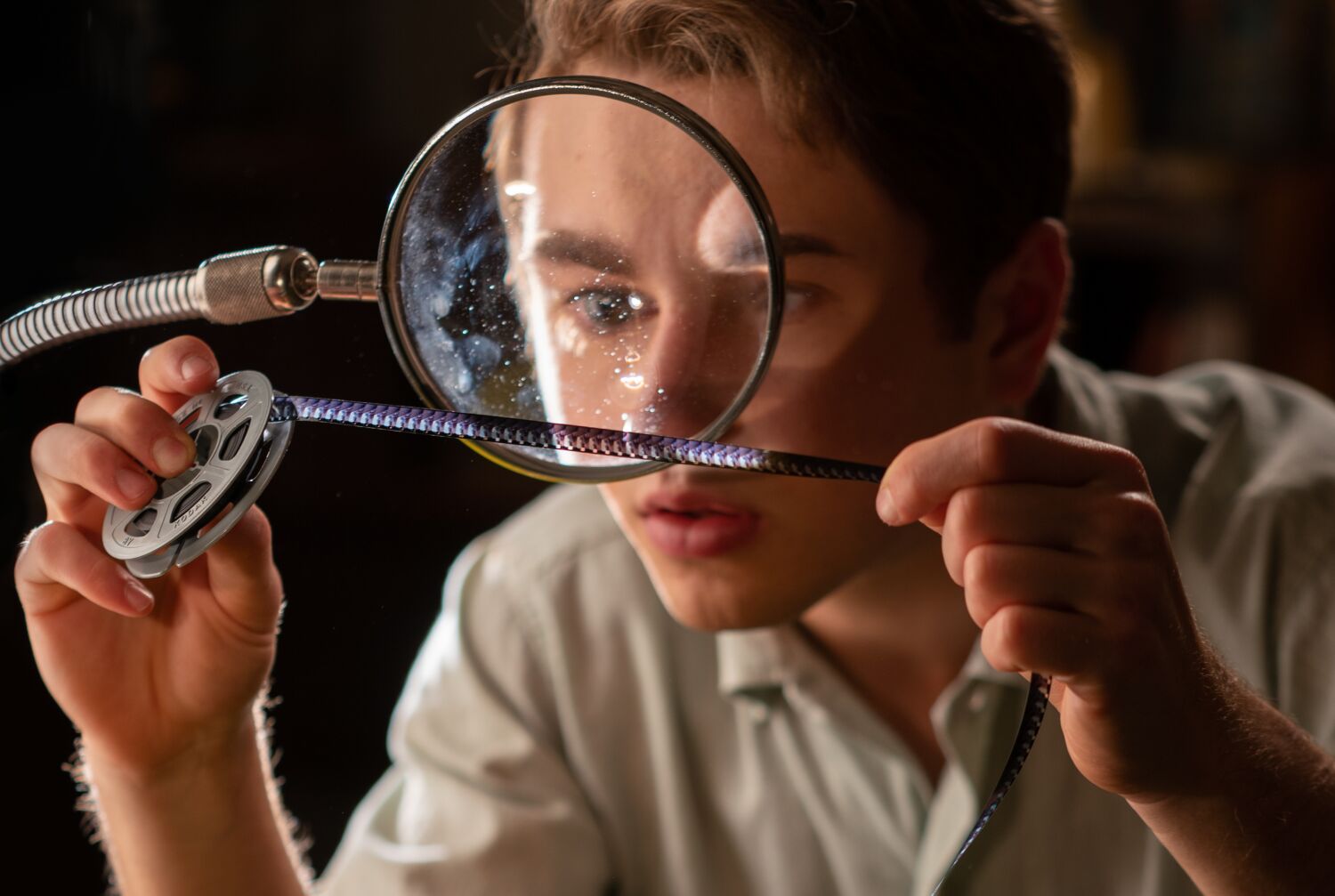 What do you do with a film that begins with an elephant losing control of its bowels, defecating torrentially straight into the camera lens, and then leading straight to a party where we’re immediately greeted with a lengthy shot of a woman raising urinating a night owl? ?

And that’s just the first five minutes of Babylon, Damien Chazelle’s unconvincing, off-kilter 3+ hour extravaganza that focuses on Hollywood’s depravity and debauchery and, ok, sure, the transition from silent to audio. Think Singin’ in the Rain, but with loads of cocaine. “Make you laugh”? Forget it. Chazelle wants to beat you into submission. And the more he adds to the energy of the film, the more miserable it gets to watch. Anarchic excess just isn’t this guy’s forte.

All of Babylon’s indulgence and disappointment begs the question: What the heck happened to movies this fall? When the LA weather gets brisk (below 80 degrees) and the leaves change color (brown to a dustier shade of brown), we know Pumpkin Spice Latte season has begun and the Santa Ana winds are blowing through the canyons and too. .. the annual influx of adult films.

However, this year’s premieres at the Venice International Film Festival offered a sign that this wasn’t going to be a memorable season. Andrew Dominik’s “Blonde” was a Marilyn Monroe biopic that hated Marilyn Monroe. Noah Baumbach’s “White Noise” was an arc adaptation of Don DeLillo’s death-obsessed satire. Alejandro González Iñárritu’s Bardo: False Chronicle of a Fistful of Truths was as indulgent as its title and, at nearly three hours, almost as unbearable.

To his credit, Iñárritu has shrunk by about 20 minutes since Bardo, much to the film’s improvement, I’m told. (I’ll watch it again soon.) However, it’s too late for David O. Russell (“Amsterdam”) or Sam Mendes (next month’s “Empire of Light”) to make such a tacit admission of misjudgment and their band to restart movies. And while each of these films offer glimpses of ambition and talent, it goes without saying that none of them should be part of this year’s Best Picture Oscar field.

The failure of these six films offers Film Academy voters an opportunity to look beyond the usual framework of prestigious prospects and reward superbly made genre films, great films from around the world and, yes, maybe Avatar: The Way of Water. the last contender to be seen, and leaves us to offer a silent prayer that James Cameron does not miss in the manner of his predecessors.

Here’s a snap of the best picture race as we head off for the holidays.

“The Fable Men”: Steven Spielberg’s not-so-loosely autobiographical tale of how he came to love and make films, and using art to weather the tensions that fracture his family, won the Audience Award at the Toronto Film Festival and garnered an ovation at AFI Fest and the academy performances. In a season of love letters to cinema, it really is the only mash note of the bunch we need.

“Everything everywhere at once”: Marital comedy, martial arts extravaganza, wildly inventive broadside against nihilism, this multiverse masterpiece has garnered plenty of hardcore fans since its spring premiere. His detractors, for the most part, belong to the cloud-yelling old men’s club, and they’ll only obsess his fans more about getting the word out and making sure voters don’t forget about the bagel.

“The Banshees of Inisherin”: Martin McDonagh’s dark tale of a broken friendship has become the indie drama voters are chasing with Tár. Brutal, gory and darkly funny, “Banshees” builds to an ending that breaks and lingers on its audience.

Top Gun: Maverick: How about opening the Oscars this year with an interpretive dance number featuring shirtless volleyball players? You want reviews, right?

“Tar”: An exquisite mystery, a dazzling provocation, a film that leaves more questions than answers. Not everyone is on board, but almost everyone has seen it, if only to see what all the fuss is about.

“Women in Conversation”: With Telluride, I was smitten by this film’s thoughtful, moving exploration of faith and forgiveness, of women confronting trauma and discussing how to deal with it—if that’s even possible. Another film that challenges rather than comforts and is better suited for that.

THE CRITICS FAVORITES THAT NEED MORE A BOOST, aka THE DRIVE MY CAR DEPARTMENT

“After Sun”: Charlotte Wells’ tender, melancholic film about the bond between a young father and his teenage daughter contains a final image so perfect and so devastating that it will haunt you for days. I can see this award winning best picture from the film critics groups in Los Angeles or New York.

“Resignation Decision”: Park Chan-wook’s elaborate obsession tale has all the dazzling style you’d expect from this master, plus a raunchy mystery that will keep you guessing to the end. (And maybe after.)

“Guillermo del Toro’s Pinocchio”: It’s about time for another animated feature, and Del Toro’s dark take on the classic deserves a mention.

“RRR”: India may not have submitted SS Rajamouli’s electrifying romp for the Oscars, but that hasn’t dashed dreams that this glorious film might still be screened. Inserting the showstopper “Naatu Naatu” during the ceremony would have the auditorium floating – and increase interest in the Oscars abroad.

POPULAR MOVIES WHICH MIGHT MAKE VOTERS THINK, “SURE WHY NOT?”

Glass Onion: A Knives Out Mystery: We should be so lucky to have Daniel Craig in as many Knives Out movies as there are Bond movies.

Elvis: A well’a bless my soul.

GOOD FILMS THAT COULD RESPECT

“Life”: If you’re remaking Ikiru, it helps to have Bill Nighy as the lead.

“Thirteen Lives”: Ron Howard’s crackerjack cave rescue drama has been chugging along since its unceremonial release late summer. A few voters I spoke to named it their favorite movie of the year.

“Until”: Danielle Deadwyler is nominated for her moving lead role as Emmett Till’s mother on the Crusade and could potentially carry the film with her.

“The whale”: Brendan Fraser is nominated for his moving lead role as a morbidly obese teacher trying to reconcile with his daughter and could potentially carry the film with him.

THE SEQUENCE THAT TRIED ITS BEST

Black Panther: Wakanda Forever: Black Panther is the only Marvel film to have won a Best Picture award, and rightly so. Its sequel is powerful enough, but also crowded and weighed down by what feels like IP-driven needs. Box office notwithstanding, Marvel fatigue is real, and this film is on a steep climb to a nomination.

THE FILM THAT COULD TOP ‘THE SLAP’?

“Emancipation”: Director Antoine Fuqua believes that “400 years of slavery is bigger than a moment,” referring to “Emancipation” star Will Smith, who slapped Chris Rock at the Oscars earlier this year. It’s a good line, even if it’s a little optimistic about Hollywood’s willingness to forgive and forget and not bury a grievance.

https://www.latimes.com/entertainment-arts/awards/story/2022-11-21/gold-standard-best-picture-oscars Why there is only one sure-bet Oscar best picture contender

Marshall High sisters face each other for City tennis title