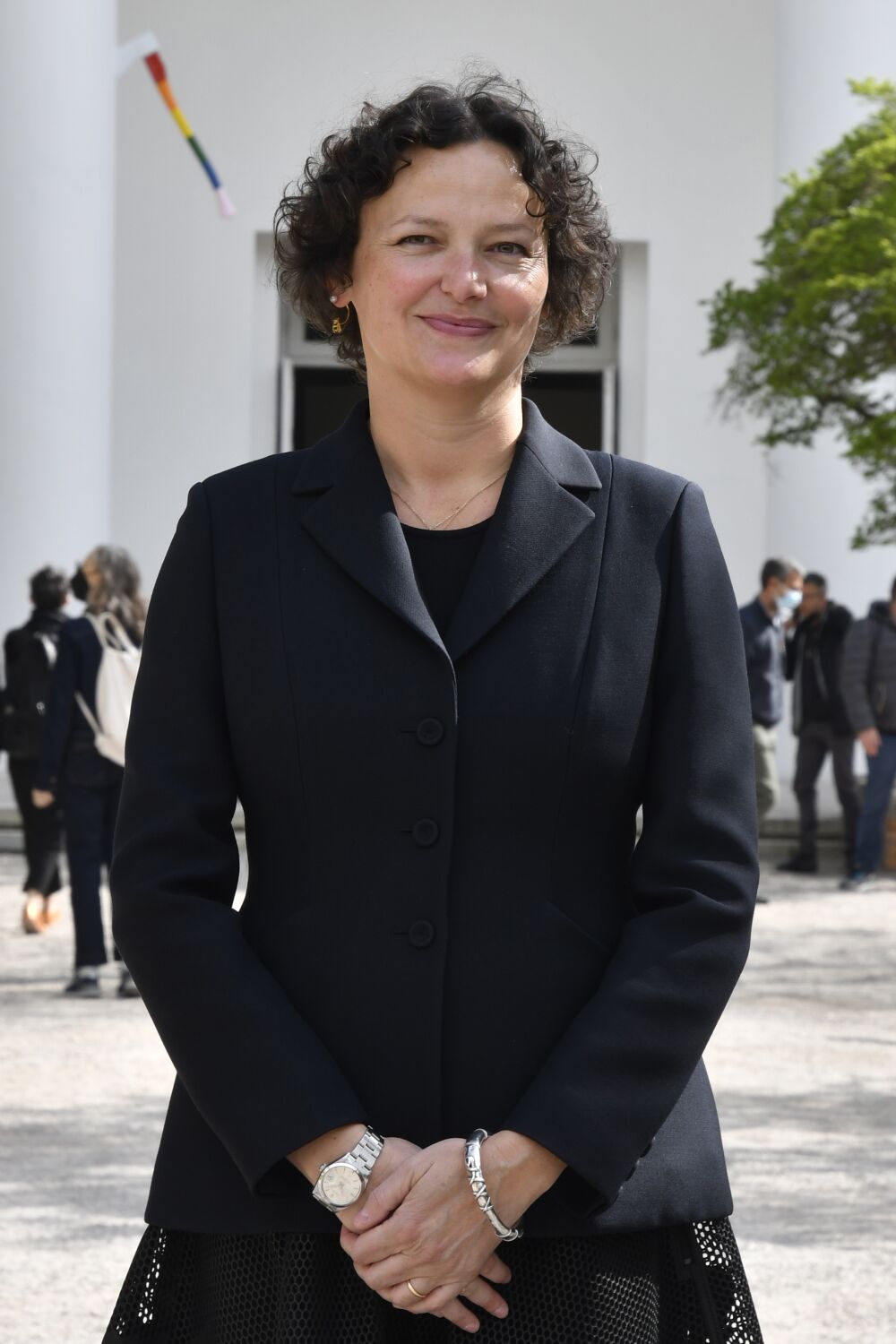 For anyone with more than a casual connection to contemporary art as an international conversation, the Venice Biennale is a mecca. Since 1895, the doors of an ever-growing number of national pavilions in the Giardini and Arsenale, and throughout the city, have opened to the works of living artists, whom each country chooses as its intellectual avatar each active year.

The focus is on the exhibition, which the Biennale itself organizes to present critical themes that the anointed curator describes as the most compelling and worthy of the countless pilgrimages to Venice. This year, New York-based, Italy-raised Cecilia Alemani brought together works by 213 artists from 58 countries for the 59th edition of the Biennial, which runs until November 27.

Alemani, who has been the director and head of the public arts program at New York’s High Line since 2011, devoted three years (an extra year added by the pandemic) to finding the immersive prism of perspectives that shed the most light on it could scary moment. Her curatorial agenda for the international art show—aggressively inclusive voices that have rarely garnered such high levels of attention, and featuring an unprecedented majority of female artists—bucked tradition by reaching back to the 20th century to celebrate roots and parallels with the show the spirit of the times. A plethora of unique new visions meet old, across all media. The Biennale Talk is revived and as provocative as ever.

The central Biennale exhibition is intended to be, at least in part, a trend-setting offering about what is currently happening in international art. Obviously, in the period since the last Biennale in 2019, the most important global phenomenon affecting all artists has been the COVID pandemic. How did that affect your curatorial role?

I basically conceived, realized and executed this entire show from my small office in my New York apartment, which certainly had an impact on the show’s thinking. When I started working on it, I thought of a show that would be about metamorphosis and transformation. But the fact that the pandemic then exploded before our eyes made those reflections extremely concrete and real. So the show evolved and got a little bit richer, mostly because I then had an extra year to prepare.

Tell us about the original trigger and concept of the show.

The exhibition is entitled “The Milk of Dreams”. The title comes from a book by Leonora Carrington. It’s a children’s story book for children, but not really. The stories are funny but also terrifying. And, as so often in her pictures, she combines these two sides of things. I wanted to use this title as inspiration for an exhibition that speaks of a world where people can change, transform and become something or someone else.

The show is articulated around three themes [that] merge. The first is transformation and metamorphosis. You see a lot of figuration. Lots of bodies that are not presented in the traditional way, but rather distorted, expanded in a metamorphic phase.

The second is the relationship between body and technology. It wants to show the kind of schizophrenic relationship we have with technology. On the one hand, technology and science can improve and improve our bodies and make us live longer and longer. On the other hand [is] the fear of a complete machine takeover. That relationship has been turned on its head during the pandemic as, on the one hand, we realize how fragile and mortal our bodies are, and on the other hand, the only way we have been able to be with our family and friends has been through the mediation of the screen and the devices that we have in our pockets. So technology has brought us together, but also separated us.

The third theme is the relationship between bodies and individuals and the cosmos, the universe, nature, the environment – and how one affects the other.

Much has been said about how the show deviates from the usual formula of presenting only current art and ventures quite far and vividly into the past.

I wanted the exhibition to be trans-historical and that’s why you’re met with five mini-exhibitions which, with a few exceptions, mostly bring together artworks from the 20th century, and they’re arranged in what I call time capsules. They are like rooms or spaces that the visitor enters and are surrounded by completely different exhibition designs – rich in textiles and carpets and showcases, an experience not usually seen at a biennial. And what these exhibitions bring together are artworks that speak about similar themes touched upon by contemporary artists, but they show the connections between the past and the present in this exercise in looking back at history, particularly the history of exclusion, artists, who were not included in the western canon of art history, but were equal to their male counterparts. I also have a lot of indigenous voices that were rarely included because the show wants to challenge the centrality of western narrative.

In fact, the primary observation made on your show is that the overwhelming majority of artists – I’ve heard up to 90% – are women. Is that part of your agenda?

It is the result of a long process. I didn’t start by saying I want to do 90% female artists or whatever. As a curator, I have often worked with female artists. I think some of the most interesting artists working today are women. I am very aware that this exhibition is taking place in Italy and not in New York City; When it comes to gender equality, we’re still a long way behind. And above all representation, you still see many museums and galleries that only do exhibitions by male artists. While numbers and ratings don’t interest me that much, I think I’ve had the opportunity to send a strong message that you can make a good show with a majority of women during the 125-year history of the Biennale, mostly of promoted by male artists. I think it’s a reflection of the world and society we live in now.

In this moment and in your exhibition, can you talk about the re-emergence of surrealism as a recurring strand?

Surrealism is certainly in the air. there [was] an amazing show at the Guggenheim in Venice. [“Surrealism and Magic” is currently at the Museum Barberini in Potsdam, Germany.] I think it’s the result of years of really thorough scientific research, like in shows like Fantastic Women. [organized by the Schirn Kunsthalle, Frankfurt, in cooperation with Louisiana Museum of Modern Art, Humlebæk, Denmark] which told the story of the women of Surrealism. Or “Surrealism Beyond Limits” [at the Met in New York], who saw surrealism not only as a continental French business, but also considered North Africa. So I think there has been an effort in recent years to rethink surrealism and not just think about Max Ernst, Dalí, Miró, Magritte, but also to include different voices and different geographies.

It could be said that perhaps we live in a similar era to Surrealism, for Surrealism was founded in Paris in 1924 in the rubble of World War I between two wars in a very conservative form of the Right. Wing global atmosphere and political situation. And if we think about it now, not just about the war in Ukraine, but around the world over the past six years, perhaps artists are using similar methods of speaking and internalizing trauma.

Probably the two most compelling themes of this era were race and gender, with many battles being fought politically and personally. How has that been reflected in your show?

The show talks about metamorphosis and transformation, subjects that are very broad and have been with us for hundreds if not thousands of years. But of course they can be applied to reflections on race and identity. I think a lot of the artists on the show talk about those themes. To name the most obvious, Simone Leigh [who also is this year’s honored artist in the U.S. Pavilion] is the inaugural sculpture at the Arsenale with a very powerful piece called “Brick House” which basically celebrates black beauty in the image of a very strong and powerful black woman towering over everyone. And gender issues are present everywhere, even in the historical capsules, especially the capsules about the cyborg – the idea where we really imagine a world beyond gender and try to close this dualism between female and male, male and female overcome imagining these hybrid creatures that go beyond.

https://www.latimes.com/entertainment-arts/story/2022-10-10/venice-biennale-curator-cecilia-alemani-women-artists Why Venice Biennale curator went beyond gender quotas in 2022