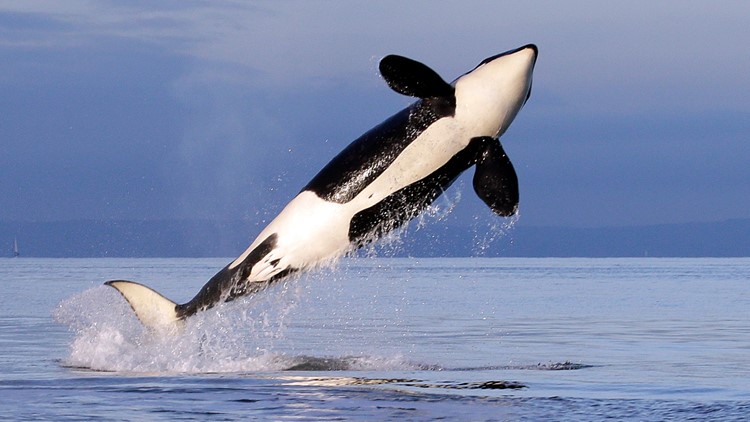 Whale sightings have increased in recent years, but close encounters between the mammals and Puget Sound’s boaters are a cause for concern for conservationists.

WASHINGTON — It’s a sight that draws a crowd and silences onlookers. Their distinctive black and white patterns are part of the culture and history of the Pacific Northwest. But in recent years encounters between boaters and whales have worried those who know the species best.

From a dock in Edmonds, Brian McGinn, Captain of the Puget Sound Express, is on a mission and has limited time to complete it.

“We love [whales] so much. Most of us on board are so excited about it all the time now,” McGinn said. “It doesn’t matter how many times you see it, it’s still amazing.”

That’s what happens when you have 100 tourists on board for a half-day whale-watching excursion. The key to their success is speed, and the excitement is palpable.

“Free Willy was my favorite movie growing up,” said Margaret Bryne, who was on the trip when visiting from Florida.

Like many whale watching companies in the Pacific Northwest, Puget Sound Express relies on reports from a network of observers. From there, it’s a race for potential sightings, and the hunt for a glimpse of the giant mammals has begun.

“If [the whales] If you go down for five minutes, you better look in the right place at the right time when you come back up,” McGinn explained.

It was a good day for McGinn and his crew as KING 5 set out on a whale watching tour on the Puget Sound Express. After an hour we spotted the distinctive tail of a humpback whale.

“We usually tell humpback whales apart by the markings on the underside of their tails,” explained Erin Gless of the Pacific Whale Watching Association. “We got some really good looks at Kata’s fluke today.”

Yes, kata is the name of the whale. And yes, there are records of every whale in the Pacific Northwest. Kata has been seen in Puget Sound before and is well known to many whale lovers.

The humpback whale has made headlines in the past, but not for good reasons lately. Back in May, KING received video from a viewer showing someone riding a jet ski straight for the whale in the waters near Tacoma. Kata survived the encounter – and today serves as a reminder of a reality we face.

Humpback whales and Bigg’s killer whales, also known as transient killer whales, were once hunted and are both victims of pollution and climate change. But according to the Pacific Whale Watching Association, the tide is turning.

“Both the populations that we saw today, both the humpback whale and the Bigg’s killer whale, are growing very rapidly,” explained Gless. “In recent years we have seen more whales and also more people who are whale watching.”

Humpback whales have benefited from a record baby boom in recent years.

Regardless, recent whale sightings are still on the rise.

“It’s incredible,” Byrne said. “You dream of this moment your whole life and then it finally comes and you just stand there in awe. It’s just so cool.”

Shortly after seeing Kata, the field trip spotted a pod of killer whales hunting as a team in the waters off Tacoma.

“That’s how you want to see her,” Bryne said. “You don’t want to see them in an aquarium.”


When the whales were in sight, the boat’s motor broke down. State and federal regulations require recreational boats to stay at least 1,000 feet to the side of killer whales and 1,300 feet in front of and behind the animals. The Marine Mammal Protection Act requires boaters to stay at least a football field away from humpback whales.

The open water in the Sound can quickly become overcrowded.

But whale-watching excursions offer an above-water glimpse into a world most will never see, and a bucket-list item that’s ticked for Byrne.

“I’m deadly serious. My whole life is made. I can die,” Byrne said. “I’m fine. I’ve met my spirit animal. I think life is complete.”

Animals in the wild, alive and free, in a rapidly changing world.

https://www.king5.com/article/tech/science/environment/orcas/whale-sightings-spike-puget-sound-washington/281-1f992c89-1eab-4ed4-b321-b8efb5ccdff5 Why whale sightings have increased in Washington

Commentary: 'A train wreck': CSULB's new art exhibition is a disservice to students

Podcast: Life and death in the Darién Gap