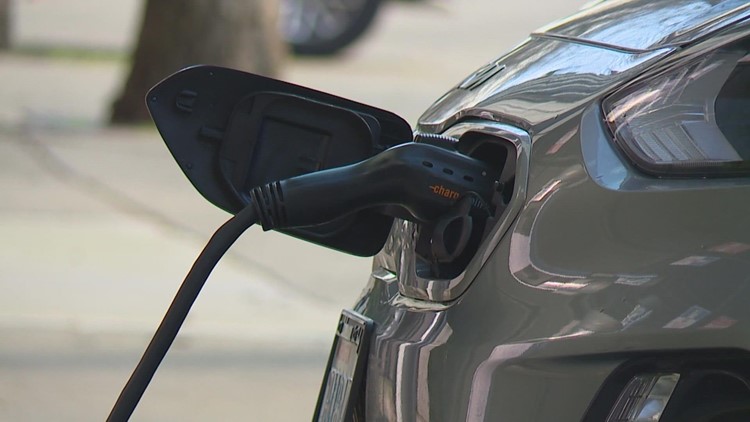 Gov. Jay Inslee announced Wednesday that the state will ban the sale of new gasoline-powered cars by 2030.

SEATTLE — California announced earlier this week that it plans to ban the sale of new gas-powered cars by 2035. Governor Jay Inslee tweeted Washington will follow suit, aiming for all new car sales to be zero emissions by 2030.

California plans call for all new cars, trucks and SUVs to run on electricity or hydrogen. No new gas-powered vehicles may be sold after 2035. The policy was approved by regulators on Thursday. The policy has yet to be federally approved, although it will likely take place under President Joe Biden’s administration.

Transportation accounts for nearly half of Washington’s greenhouse gas emissions.

“This is a critical milestone in our fight against climate,” Inslee tweeted.

This is a crucial milestone in our fight against the climate. Washington has a legislative goal for all new vehicle sales to be zero emissions by 2030, and we’re poised to adopt California’s regulations by the end of this year. https://t.co/r6jchISD7O

Washington State and King County have made efforts to install more electric charging stations in anticipation of their electric goals. But some people in the dealership industry are pushing to go all-electric.

Brian Dansel, chief executive of Washington state’s Independent Auto Dealers Association, said his biggest concern about the ban on the sale of new gas-powered vehicles is how the state will maintain the road network, saying it’s currently maintained through fuel taxes. He also believes the ban will be detrimental and constrain the market, leading to negative impacts on consumers who will have to pay more to switch to electric.

“Just another attack on independent car dealerships, I mean every time we turn our backs it seems like there’s a new rule or law that dictates what action our guys take,” Dansel said.

Washington Department of Ecology officials are confident that electric cars will not be out of reach when it comes to affordability. You expect supply to increase; the costs will go down.

The state will publicly comment on the new rule starting September 7th.

Apple may face a DOJ antitrust complaint over AirTags

The Highlights of DJ Khaled's New Album 'God Did,' From a Rare Dr. Dre Beat to an Unexpected Eddie Murphy Sample