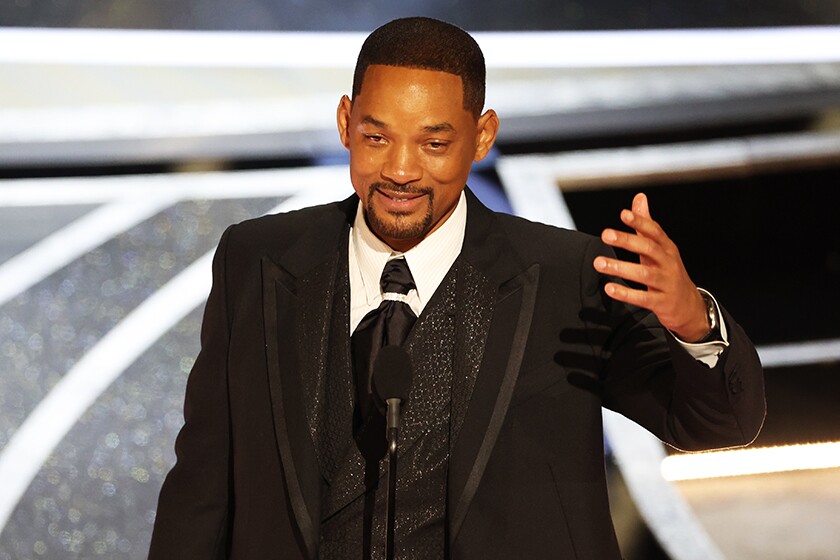 Four months after beating comedian Chris Rock at the 2022 Oscars, Will Smith opened up about the aftermath of the now infamous moment in a new video released on Friday.

“I was foggy at that point. It’s all blurry,” he said after questioning why he didn’t apologize to Rock in his acceptance speech.

After the slap, Smith won the Leading Actor Oscar for his role in King Richard.

“I reached out to Chris and the message that came back was that he wasn’t ready to talk. And if he is, he will reach out,” Smith said. “So I’m going to tell you Chris, I apologize to you. My behavior was unacceptable. And I’ll be here whenever you’re ready to talk.”

This wasn’t the first time Smith had expressed regret for his actions on Oscar night.

In the days following the incident, the “Aladdin” actor released a statement on Instagram, denouncing violence as “toxic and destructive” and calling his actions “unacceptable and inexcusable.” He added: “One joke about Jada’s health was too much for me.

“I want to publicly apologize to you, Chris. I was out of line and I was wrong,” Smith wrote in March. “I’m embarrassed and my actions were no indication of the man I want to be. In a world of love and kindness there is no place for violence.”

In Friday’s video, Smith also apologized to Rock’s family, specifically his mother and brother Tony Rock. Smith said he and Tony Rock have a “great relationship,” but acknowledged the friendship could be “irreparable.”

Smith said his reaction to Rock’s joke about wife Jada Pinkett Smith’s hair wasn’t an “optimal way to deal with a feeling of disrespect or insult.”

The Fresh Prince actor dispelled the notion that Pinkett Smith instructed him to respond to Rock after she responded with an eye roll to the “GI Jane” joke. Pinkett-Smith has alopecia, which causes hair loss, and wears her hair cropped short.

“I made my own choice based on my own experiences from my history with Chris,” Smith explained. “Jada had nothing to do with it, sorry baby. I would like to apologize to my children and family. For the heat I brought on all of us.”

After initially speaking relatively calmly about the situation, Pinkett Smith opened up on a June episode of her Facebook Watch series Red Table Talk.

“On Oscar night: My deepest hope is that these two intelligent, capable men have an opportunity to heal, speak out, and make reconciliation,” she said last month. “In the state of the world today, we need them both, and we all need each other more than ever.”

Smith also recognized the impact he had on the rest of the Oscars. He noticed fellow Philadelphia resident Questlove accepting the Oscar for his documentary Summer of Soul right after the incident.

“To all my fellow candidates, you know, this is a community. It’s like I won because you voted for me and it really breaks my heart for stealing and spoiling your moment,” Smith lamented. “I can still see Questlove’s eyes, you know? It happened at Questlove’s award and you know ‘I’m sorry’ really isn’t enough.”

The incident resulted in Smith’s resignation from the Academy of Motion Picture Arts and Sciences and being banned from attending the Academy Awards — and all other Academy events — for the next 10 years.

The I Am Legend star’s most vehement mea culpa came when he spoke about letting people down.

“[D]Appointing people is my central trauma. I hate when I let people down. So it hurts,” he explained. “It hurts me mentally and emotionally to know that I didn’t live up to the image and impression people had of me.”

“And the work I try to do is that I’m deeply remorseful and I try to be remorseful without feeling ashamed of myself. … So I would say to those people, I know it was confusing. I know it was shocking. But I promise you, I am deeply dedicated and committed to bringing light, love and joy into the world.”

Smith’s video came out just days after Rock fully addressed the incident in his stand-up set at a show in New Jersey on Sunday.

“Someone who says hurt words has never been slapped in the face,” joked the 57-year-old comedian. “I’m not a victim. Yes, it hurts, m-, but I shook it off and went to work the next day. … I’m not going to the hospital for a paper cut.”

How easy is it to upgrade a Framework laptop?

A Protective Case With a Hidden Compartment

Netflix codes: how to access all the secret movies and TV series