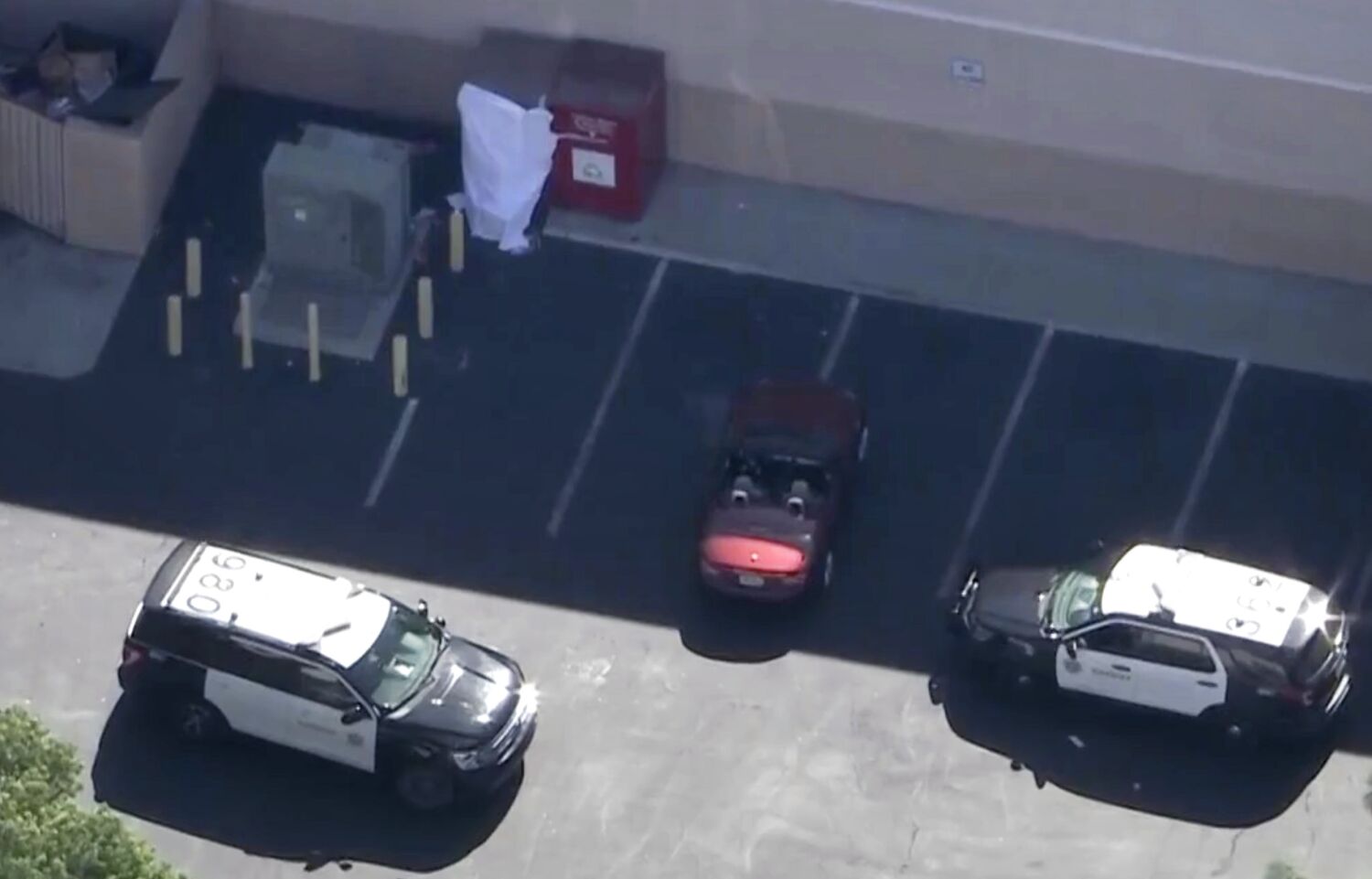 A 61-year-old woman was found dead and partially trapped in the door of a clothing donation box in Santa Clarita, authorities said Thursday morning.

Authorities responded around 9:58 a.m. at the intersection of Lyons Avenue and Orchard Village Road, where the woman’s “torso,” according to Lt. Dan Wolanski was pinned in the door of a donation box by the Los Angeles County Sheriff’s Department. The woman was pronounced dead at the scene, Wolanski said.

“She crawled up there,” he said. “I don’t know if she lost an item in the trash can or not, but she reached into it when she got trapped.”

The sheriff’s department is still investigating the circumstances of the woman’s death and does not know how long she was there before she was found.

The crime scene was cordoned off during the investigation, but the area was cleared and the coroner retrieved her body at 1:45 p.m

https://www.latimes.com/california/story/2022-10-06/woman-dies-after-getting-trapped-in-clothing-donation-box-santa-clarita Woman dies after being trapped in donation box in Santa Clarita

What 42-year-old Udonis Haslem means to the Miami Heat