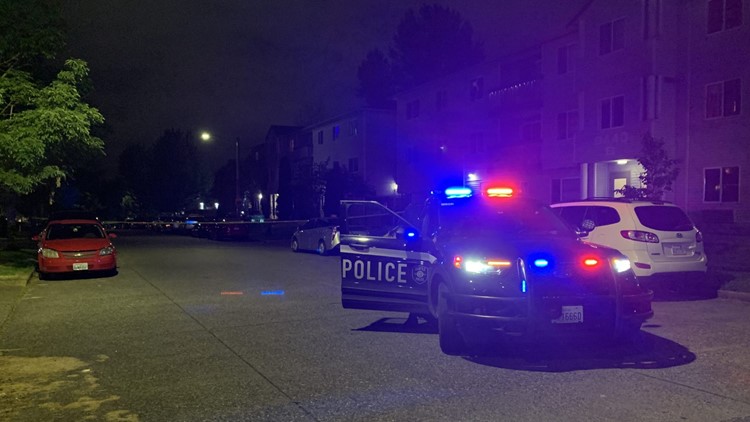 Police said a woman was taken to Harborview Medical Center after she was shot multiple times in West Seattle early Thursday morning.

SEATTLE — A 35-year-old woman was taken to the hospital after she was seriously injured in a shooting in West Seattle early Thursday morning.

According to the Seattle Police Department (SPD), officers responded to a shooting near 27th Avenue Southwest and Southwest Roxbury Street around 12:40 a.m. and found a woman who had been shot “multiple times” in a car in a parking lot .

SPD officers administered first aid to the woman, and she was rushed to Seattle’s Harborview Medical Center by paramedics from the Seattle Fire Department.

During the investigation, officers found evidence the shooting took place a few blocks north at the 9400 block of 27th Avenue Southwest, located in the Roxhill neighborhood.

Seattle police said a deputy from the King County Sheriff’s Office contacted a man who said he was present at the shooting. The man gave authorities a gun and they were taken into custody.

Shortly after the shooting, police said another shooting victim arrived in Harborview in a private vehicle. Police are investigating whether the victim was involved in the incident.

Anyone with information is asked to call the SPD’s violent crime tipster hotline at 206-233-5000.

A shooting in West Seattle in the Roxhill neighborhood. A victim was found in a car at the Safeway in the White Center. pic.twitter.com/jHgg6NSCaV

Back to School 2022: New Jersey sales tax holiday could help you save big this weekend