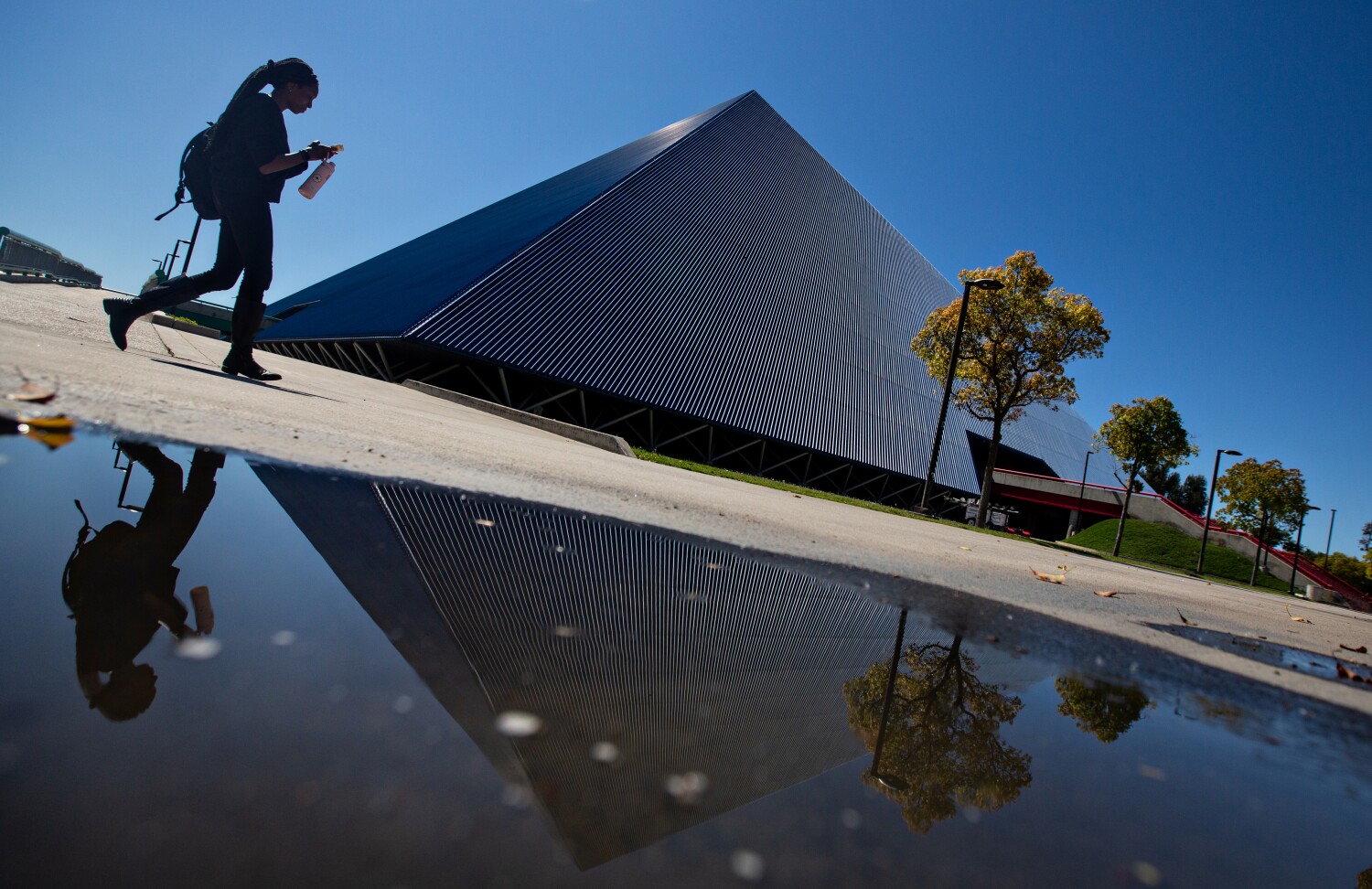 Female black and Hispanic workers at California State University are paid less than their white male counterparts, according to a union study.

Union officials say the disparities among non-faculty members highlight a failing salary system that has not kept pace with the rest of the country.

CSU and union leaders are working together to revise the salary structure to make the university more competitive on the job market.

The report, compiled by the California State University Employees Union, which represents workers, analyzed the salaries of nearly 12,000 non-faculty employees at 23 locations and in the chancellor’s office, including janitors, laboratory technicians and health care workers.

On average, Asian employees made more than white employees — $5,165 a month for Asian women and $5,591 for Asian men.

The report was based in part on a federally funded study released in April by executive search firm Mercer that recommended CSU invest $287 million in overhauling its pay system. That initial investment would need to be supplemented by tens of millions of dollars each year to ensure CSU remains competitive.

CSU spokesman Toni Molle said officials in the Chancellery had not checked the union’s findings. However, she noted that the CSU worked with union leaders to produce the Mercer report, which assessed a larger pool of workers than the union report — more than 30,000 non-faculty workers.

“Mercer has noted that CSU has a strong interest in offering competitive and market-driven salaries, but has been unable to consistently do so over time due to budgetary constraints,” Molle said in a statement.

According to Catherine Hutchinson, biology technician at Cal State Channel Islands and CSUEU president, the report shows that CSU does not follow a consistent process for promotions and raises, but is based on a manager’s discretion rather than seniority or experience.

“The current CSU salary structure for raises relies heavily on managers, who are only human but also have biases, and some of us have biases that we’re not even aware of,” Hutchinson said.

These prejudices affect salary decisions and hurt women of color like herself, she said.

Hutchinson said she had to take a second job teaching on the Cal State Channel Islands.

She knows she can make more money outside of higher education but is staying with CSU after 20 years because she enjoys working with students and faculty, she said.

CSU and union leaders are urging state legislators and Gov. Gavin Newsom for money to raise salaries and close the pay gap.

Jim Philliou, executive director of CSUEU, said the proposal The legislative budget includes $100 million for a pay study and $100 million for general pay increases. The union is pushing for the $287 million recommended by Mercer.

“I’m hopeful,” Hutchinson said. “We saw a glimmer of hope with partial funding.”

Some CSU workers are wrestling with staying in their jobs, feeling the pressure of a salary that doesn’t go far enough.

Carmen Magaña, chief warden at Cal State San Marcos, used to shop twice a week. Lately she can afford to go only twice a month.

The cost of gas and general inflation, along with her stagnant salary, make it difficult for her to save money, let alone think about paying for her 17-year-old daughter Ashley’s college education.

Most janitors in Cal State San Marcos are Latinos and enjoy their jobs, she said.

But their pay hasn’t kept pace with the rising costs.

“We work really hard,” said Magaña. “There are many guards who have two jobs. You can see their faces. You are so tired.”

Is the Red Sea really red?