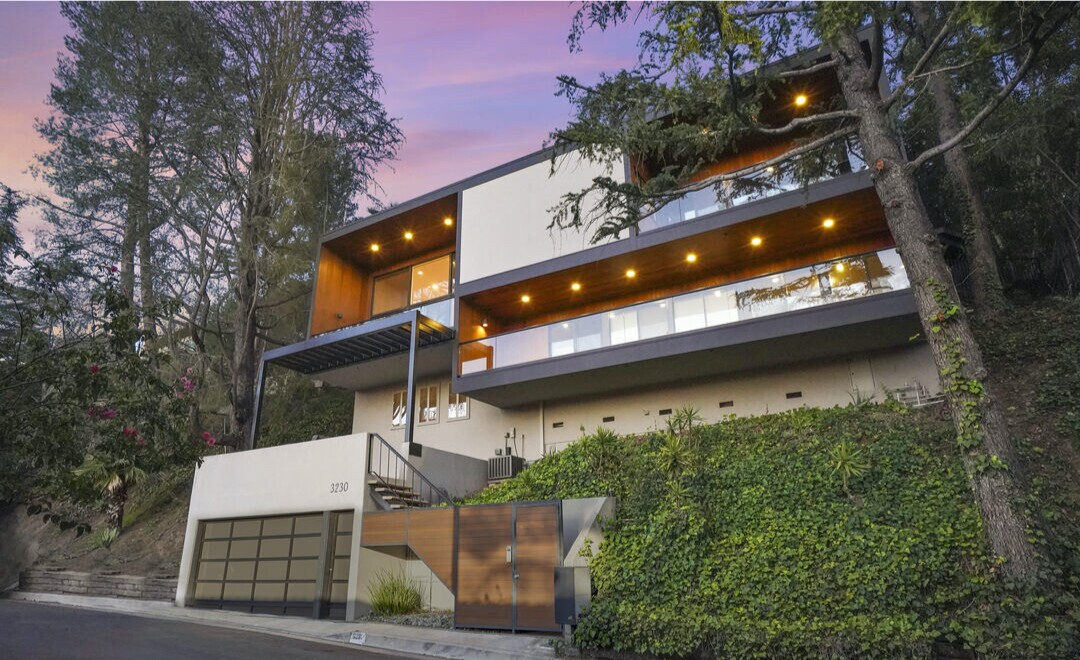 After eight years in the Hollywood Hills, “Workaholic” actor Blake Anderson is shopping around his modern home above Hollywood Reservoir for $2.65 million.

It will be a great return on his investment if he gets his price. Records show Anderson had a major deal on the property in 2013, buying it from Rob Dyrdeck for $1.175 million. Dyrdeck, a former professional skateboarder and “Ridiculousness” host, seems content with losing money on the house after buying it for $1.4 million in 2005.

Perched on a hillside in Hollywood Lake, as the small community around the lake is known, the house takes advantage of the stunning setting with multiple front patios and living spaces lined with glass walls.

The split floor plan combines white walls and warm hardwood floors over two floors and measures 2,800 square feet. Along with three bedrooms and three bathrooms, there is a bright living room, open plan office and kitchen.

Outside, a grassy lawn and yard surrounds a swimming pool. Anderson made a number of changes during his stay, adding a glass garage door to the front and an outdoor kitchen with bar in the back. The property covers approximately half an acre.

A California native, Anderson is best known for Comedy Central’s “Workaholics,” which ran for seven seasons from 2011 to 2017. Since then, his credits include the 2018 series “Game” Over, Man!” and the Hulu show “Woke.”