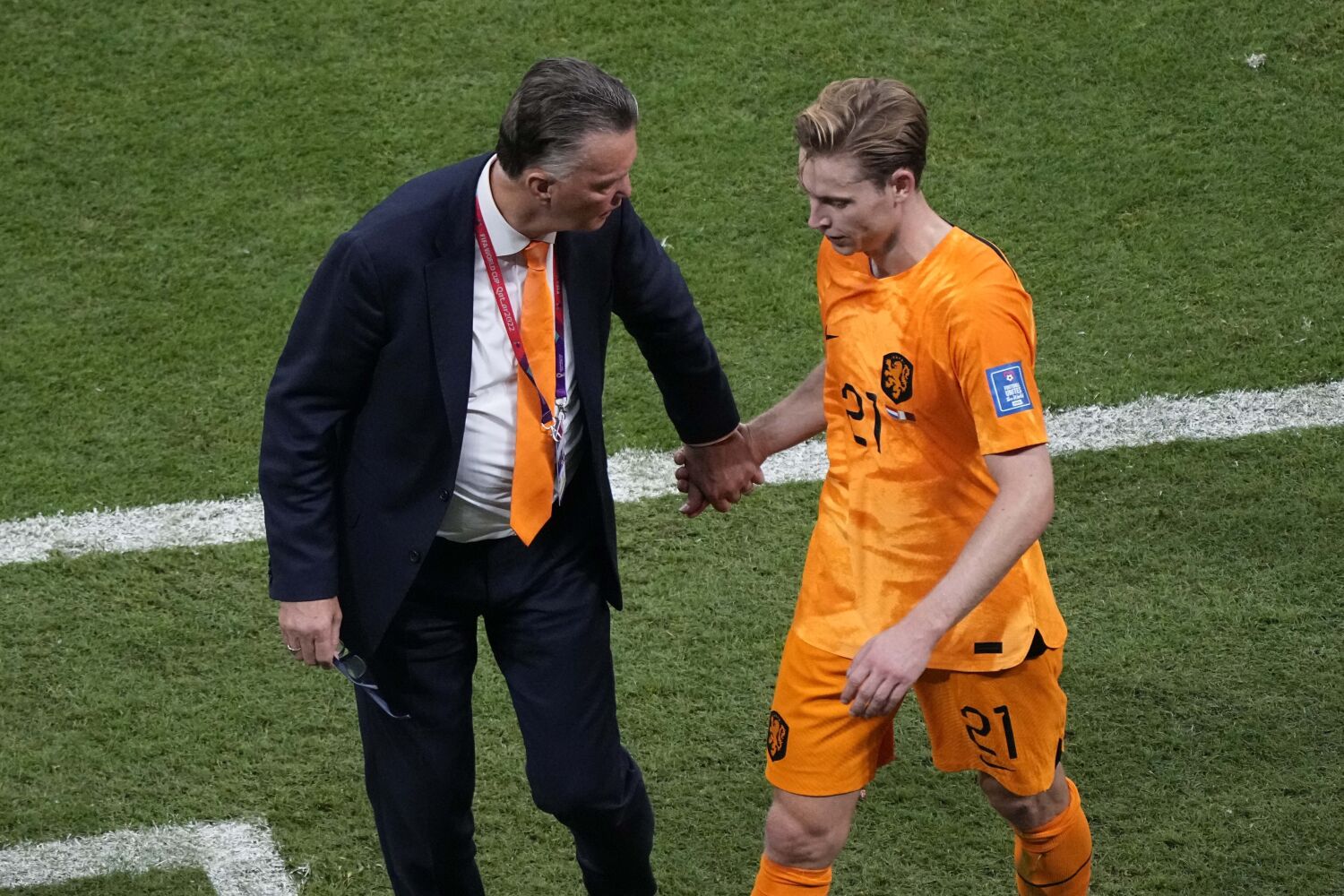 Players and coaches from several teams have been hampered by flu symptoms, which have hit last, at this World Cup with the Netherlands set to play the USA in a round of 16 knockout game on Saturday.

Netherlands manager Louis van Gaal confirmed on Friday several players were ill but declined to say how many. The team skipped their normal training session on Friday, although Van Gaal told Dutch media he expects all 26 players in his squad to be available for the US game “in principle”. However, his reluctance to be more specific led to speculation that the situation might be more serious than Van Gaal would like to acknowledge.

Delegation members have also fallen ill in Brazil, Spain and the USA. Many blame air conditioning in Qatar, which is so ubiquitous that it’s also used to cool pitches during matches. But the move from warm outside temperatures, which have hovered in the high 80s for most of the tournament, to rooms – and even stadiums – cooled to as much as 20 degrees cooler has resulted in coughing fits, sore throats, heavy chests, etc. led shortness of breath and other ailments.

“We had it too,” said US coach Gregg Berhalter. “Almost every employee had it. I was really, really bad for the first week or two. It’s a lot better now, I’m breathing a lot better.”

Van Gaal, who led the Netherlands to the 2014 World Cup semi-finals and has not lost since returning to the Netherlands national team 15 months ago, praised USA, his opponents in Saturday’s eliminator.

“This is a very energetic squad with physically strong players. And that’s very tough for any opponent,” he said on Friday.

“The USA have shown that they have an excellent team,” he added. “I would say it’s one of the best teams.”

Van Gaal noted that the US team, the second youngest at the World Cup, includes 17 players from European clubs, including all 11 starters in Tuesday’s 1-0 win over Iran. The progress of the team from non-qualifiers in 2018 to the last 16 this year is impressive, he said.

“They developed well and quickly,” he said. “It’s typically American. They also have players at top European clubs. I’m not surprised they’re through. After the first group game, I was already expecting them to continue.”

Van Gaal also praised Berhalter, who learned many of his coaching philosophies during his playing days in Holland.

“What I observe is a vision. What I see is a team that is very keen to execute on that vision, which is paramount,” he said. “And I see the belief, especially the belief of the players. That must be fantastic for a coach.”

No. 2 Belgium’s early exit from the World Cup also led to the departure of the team’s coach, Roberto Martinez, who announced on Friday that he was stepping down after six years. Martinez led Belgium to third place in 2018, their best-ever performance at the tournament.

Belgium won just once in three group matches in Qatar and were eliminated in the first round for the second time since 1982.

Where Did Young Male Workers Go?

The case for betting under 10.5 wins for the Kansas City Chiefs