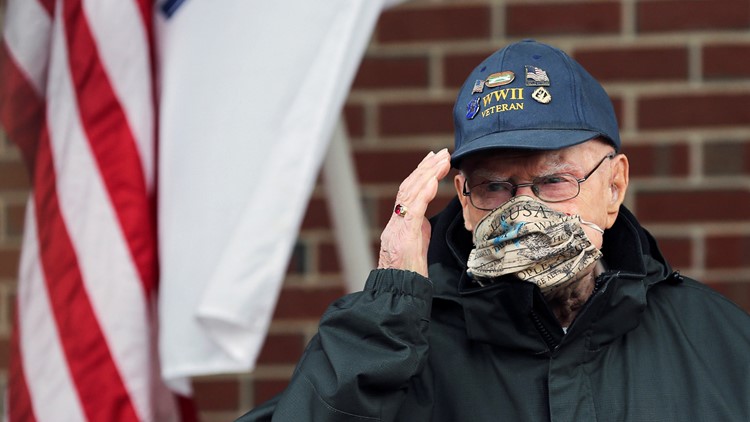 Joseph Raymond Goulet was a World War II veteran who landed on D-Day at Omaha Beach in Normandy, France.

PORTSMOUTH, NH — Joseph Raymond Goulet, a veteran who landed on D-Day at Omaha Beach in Normandy, France, has died.

The New Hampshire resident died on July 4. He was 99 years old.

Born in Lawrence, Massachusetts to parents who emigrated from Canada, Goulet enlisted in the US Army during World War II, according to an obituary. His math and organizational skills led him to the Army Service Forces – now the Army Quartermaster Corps.

When Army officials discovered that Goulet was fluent in both speaking and reading French, he was sent to the Army’s 1st Infantry Division to use this language skills to liaise with local French leaders and chart routes to the Army’s inland objectives after the invasion to open.

On June 6, 1944, he landed in Omaha Beach with the first wave of the 1st Infantry Division, but never had to use his knowledge of French.

During the rapid advance into Germany, Goulet drove trucks laden with fuel, ammunition, and other supplies needed to the advancing front line. He became part of the so-called “Red Ball Express”, which drove convoys of trucks non-stop regardless of the enemy, the weather or other obstacles.

For the rest of his life, Goulet carried the same battered, old leather wallet that went with him throughout the war.

After the war, he worked several positions in the electrical utility industry before retiring and moving permanently to New Hampshire.

In January 2021, Goulet was the center of a birthday celebration outside the Margeson Apartments where he lived, according to the Portsmouth Herald.

Goulet, who turned 98 at the time, had planned to spend his birthday alone at his home because of the coronavirus pandemic. A social media push resulted in 3,000 birthday cards being written and sent to him, including from all 50 states and even Afghanistan.

Goulet is survived by several children and grandchildren.

Man shot next to playground in Philadelphia's Parkside section

New ‘Days of Our Lives’ Spoilers: Things don’t got as planned with Stefan, Gwen and Leo share their stories, and Li has some explaining to do