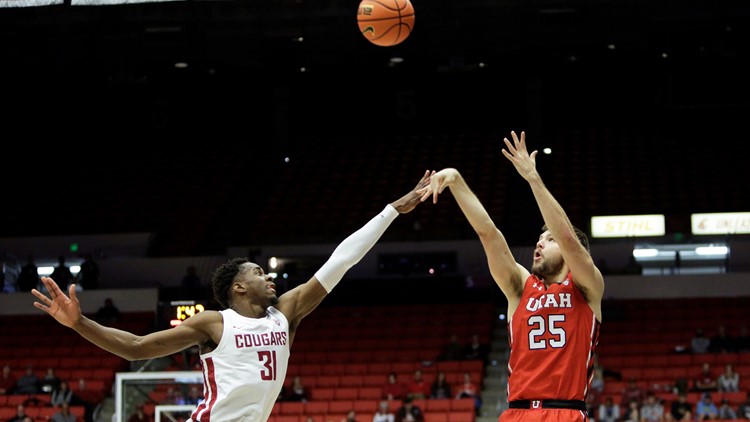 Rollie Worster scored 19 points, including go-ahead free throws in overtime, and the Utes defeated the Cougars 67-65 in overtime on Sunday.

A dunk by TJ Bamba gave WSU a 58-52 lead, with 2:56 remaining the rule. The Cougars struggled to finish it, only getting a free throw from Justin Powell for a 59-56 lead with 14 seconds left. With six seconds left, Utah’s Marco Anthony scored in the paint, pulled a foul and converted the free throw to send the game into overtime.

Washington State didn’t score another goal until Powell’s 3-pointer, leaving 2:07 in overtime. His 3 drew the Cougars within 65-62 and they tied it at 65 when DJ Rodman made three free throws with 30 seconds left. Worster made two free throws for a 67-65 lead by 25 seconds, then WSU missed a couple of sideline chances as time was running out.

Anthony had 13 points, Madsen 11 and Lazar Stefanovic 10 for the Utes.

The Cougars opened the second half with a 15-6 run and took a 40-39 lead after a 3-pointer from Bamba, leaving 11-57 in regulation. It was the Cougars’ only 3 mark in their first 11 tries of the second half, unusual since Washington State is seventh in the country and first in Pac-12 shooting of 42.1% from beyond the arc. Washington State was 4 for 30 from long range.

Democrats Are Done With Iowa

The explosiveness, finesse and feel that turned Ja Morant into an elite paint presence