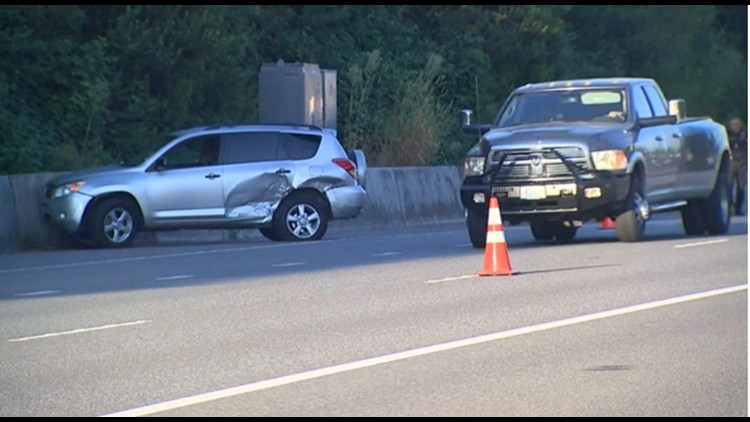 CLYDE HILL, Wash. — Authorities pursuing a wrong-way driver of a stolen vehicle used a pit maneuver Thursday morning to stop the suspect fleeing along I-405 near State Road 520.

Washington State Trooper Rick Johnson said authorities were pursuing a stolen vehicle from a dealership in Bothell. The soldiers attempted a pit maneuver, a tactic to force a fleeing car to turn sideways and force the driver to lose control, but the suspect began driving the wrong direction on the freeway to avoid authorities to flee, Johnson said.

Johnson tweeted that the two left lanes reopened just before 8:15 a.m., two hours after the chase was reported.

This is from the scene EB 520 east of 92. Wrong-way stolen vehicle pitted for the second time. Adult man in custody after extremely short initial persecution. Two lanes closed for another hour. pic.twitter.com/ZFI0GpvNtt

Comedian Teddy Ray, from ‘PAUSE with Sam Jay,’ dead at 32