The Xbox Series X|S is the latest generation of the Microsoft console and it’s making waves with the plethora of titles coming its way. Here’s the full Xbox Exclusives release schedule from Fable 4 to Starfield and beyond.

Since launch, the Xbox Series consoles have boasted an impressive library of exclusives compared to the PlayStation 5. Furthermore, most people are actually able to buy an Xbox Series X|S while PS5 is still suffering from supply issues.

After the Xbox Bethesda Showcase, the Xbox exclusives list is growing rapidly. Here’s every Xbox Series X|S exclusive we know of so far, including the games that have already been released.

2022 is shaping up to be a huge year for Xbox, and we’ve already received big-name titles like Forza Horizon 5 and more.

Xbox Game Pass has also proven to be a game changer, giving subscribed players access to many exclusive titles as they come out.

Below is a list of all of the upcoming Xbox Series X|S exclusives, along with any confirmed release dates we have so far.

Scorn is a terrifying HR Giger inspired FPS coming out just in time for Halloween.

Developed by Edd Software, Scorn is one of the most unique games we’ve seen in a long time. Your character is stranded on a planet filled with biological horrors so terrifying they make the Xenomorph look like a puppy.

You’ll have access to an arsenal of weapons that are just as funky as the rest of the game to battle your way through this unique yet disturbing world. Scorn is slated for release in October 2022, just in time for Halloween.

Warhammer 40K: Darktide, fresh from Fatshark Games, will pit a team of four players against an entire galaxy of enemies, just like Warhammer: Vermintide.

Players will take on hordes of enemies but transported to the grim, dark future of the Warhammer 40K universe. 4oK fans are sure to love this game as it allows you to bring the Emperor’s devastating vengeance upon these filthy minions of Chaos, heretics and xenos alike.

Starfield is one of the most ambitious games Bethesda has ever attempted.

We got our first good look at Starfield during Xbox Bethesda Games Showcase 2022, and it’s safe to say that it was one of the biggest titles on show.

With over 1000 different worlds, it’s debatable whether or not Bethesda can pull off a game of this magnitude, but one thing is certain: it’s definitely going to be a popular one. 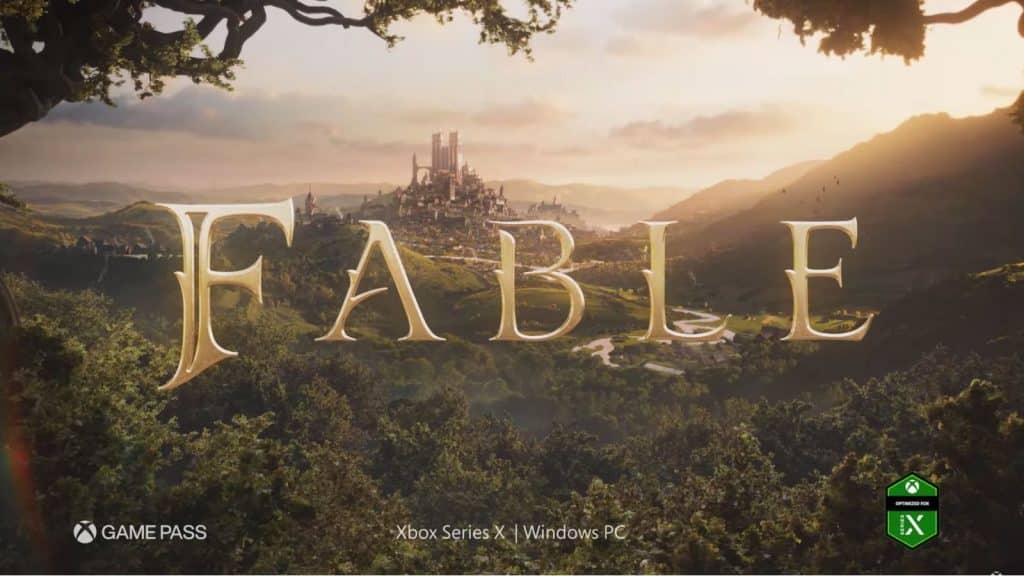 While the next game in the popular Fable series has been officially confirmed, we still don’t know exactly when it will be out. However, the fact that we can return and adventure through Albion has got a lot of people excited.

STALKER 2 brings us back into the zone and we couldn’t be more excited.

Originally slated for an April 2022 release, STALKER 2 was then pushed back to December 2022 before another delay was announced. Now the highly-anticipated title will come out sometime in 2023, although the exact date is unknown.

However, trailers for the game look promising, and stalkers of all kinds are craving to head back into the zone, hunt for artifacts, and sip some vodka.

Although Space Marine 2 was officially announced at the Game Awards 2021, we didn’t get any release date or even a release year.

While we got more information about the game at the Xbox Games Show 2022, no release date was given there either. Fans of 40K and the original game will only have to wait to face the sequel, but the good news is that what we’ve seen so far looks great.

All we’ve gotten for this sequel so far is a cheeky trailer, but we do know that The Outer Worlds 2 will be exclusive to Xbox when it comes out.

With the offbeat style and tongue-in-cheek humor that is sure to return, The Outer Worlds 2 should build on the winning formula of the first game and then some.

Redfall was originally scheduled for release in September 2022, but was then pushed back to 2023.

Redfall was originally slated for a September 2022 release date, but has now been pushed back to 2023. Arkane Studios’ team-based vampire-fighting shooter looks promising, but players will have to wait a little longer before jumping in.

Forza Motorsport 8 offers players more car options than ever before.

The next Forza Motorsport game has some big shoes to fill after Horizon 5’s stellar response. However, given the quality we’ve come to expect from the series so far, that shouldn’t be a huge issue.

Branded as a reboot of sorts, the game isn’t titled “Forza Motorsport 8” as many thought. While no exact release date has been officially announced, we’ve been given a Spring 2023 time slot for the release.

Avowed promises a very unique take on the first-person genre.

Avowed is a game we don’t know much about at the time of writing, other than that the sword-wielding, magic-wielding gameplay looks like a lot of fun.

As it’s set in the same universe as Pillars of Eternity, we might have to wait a bit before we can go live with this one with an estimated release date between 2023 and 2024.

There you have it – everything you need to know about all current and upcoming Xbox exclusives.

With so many games to look forward to, be sure to visit our hubs for the latest information.

Amber Heard explains why she still loves Depp on ‘Today’