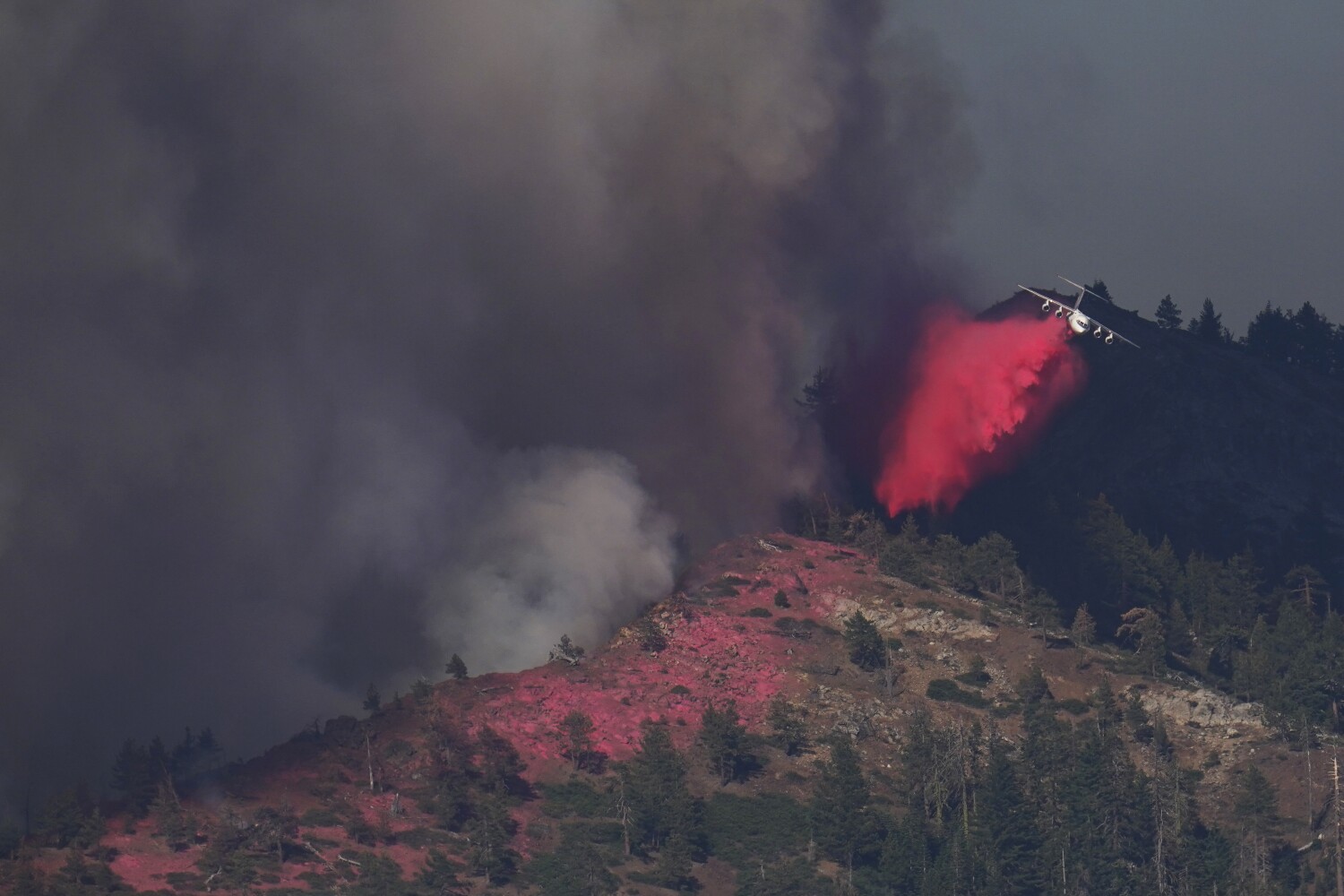 The Washburn fire advanced into the Sierra National Forest on Wednesday, prompting more closures as the fire continued to burn in Yosemite National Park.

As of Wednesday morning, the fire was 3,772 acres in size and 17% contained, officials said.

Containment lines are holding up well, and crews are working to strengthen and work the lines farther inside, said Matt Ahearn, director of operations for California Interagency Incident Management Team 13.

Additional crews are working outside the fire lines, clearing fuel sources near the huts south of the fire, Ahearn said.

Officials highlighted a year-long effort to reduce the amount of living and dead trees in some areas within Yosemite.

“This never-ending task involves thinning trees with a variety of chewing and chopping implements, chainsaws and through the use of low-intensity ground fire when conditions permit,” officials said. “The high level of fire activity we are currently witnessing at the Washburn fire is the result of a fire fueled by a large area of ​​forest with an extremely concentrated biomass.”

The community of Wawona remains under a mandatory evacuation order, and firefighters are confident they can protect Mariposa Grove, home to more than 500 mature sequoias, including the 3,000-year-old Grizzly Giant.

On Wednesday, officials pointed to ongoing efforts to reduce fuel consumption in the grove.

Low-intensity burning in the area is ultimately beneficial to the wildfire-developed trees that rely on extreme heat to release their seeds.

“The result is that the Mariposa Grove survived, remaining in good health and providing a healthier habitat for local flora and fauna,” officials said.

There remains some cause for concern as large numbers of the mature trees have been killed in recent years by hot, fast fires fueled by climate change. Last year’s KNP complex and Windy fires in California killed an estimated 3% to 5% of the world’s redwoods, a year after the Castle fire killed up to 14% of the population, and Washburn firefighters have said Sprinkler systems installed to protect the Grizzly Giant and other endangered trees.

A Revolution Is Coming in Heart-Disease Treatment

‘Not even Orwell could have dreamed up a country like this’: Journalists forced to flee Nicaragua

Litman: Whew — the 11th Circuit slapped back at Trump’s specious claim to the Mar-a-Lago documents

4 teens arrested after carjacking and chase in Nashville