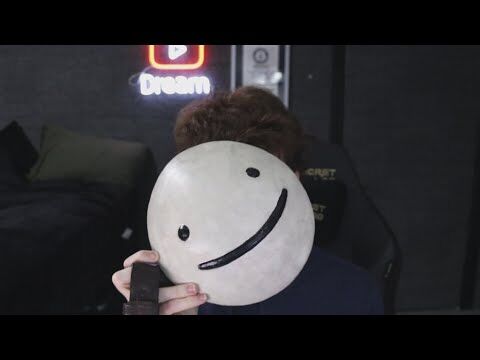 Dream, the YouTube star who racked up 30 million subscribers by playing Minecraft, has finally shown his face to his legion of followers.

The previously invisible gamer, who usually covers his face with a smiley face mask in his Minecraft Manhunt series, re-introduced himself to followers on Sunday night, quickly becoming the #1 trending spot on the platform. The reveal had been viewed more than 19.8 million times as of Monday morning.

“My name is Clay, you may or may not have heard of me,” the Orlando, Fla. player said in the video. “Maybe you clicked on this video out of curiosity and don’t care who I am. But now you’ve seen my face.”

The once-mysterious 23-year-old said he felt compelled to show his face because he was meeting his best friend George in real life for the first time. He said George, whom he has known since he was 11, was in the UK trying to get a visa so he could move to the United States.

“George will be at the airport and I will meet him for the first time. I’ve known him for so long. It feels like my whole life,” he said.

George, for the uninitiated, is popular YouTuber George “GeorgeNotFound” Davidson, who often works with Dream and fellow streamer Sapnap “Nick” as “The Dream Team,” creating Minecraft videos and other content for Dream’s channel. Last year, Davidson said he plans to move in with Dream and Sapnap, who are already roommates.

But meeting George appeared to be part of a larger plan that includes Dream bringing its digital work to the real world.

“My goal was just to start doing things. Go out. Meet creators. Finally say hello to my friends. Just go out into the world, be a real creator. Be human,” he said.

The award-winning YouTube personality said he was “bunkered” while people tried to “leak” what he looks like online. He’s also spent the last few days showing his face to friends and other online content creators on FaceTime “just to get a little more hype, too.”

“What does that mean for me? I will continue to create the same content. I will make minecraft videos. I don’t plan on adding a face camera to be honest, but I will also be doing more IRL content where I’m with my friends and we’re doing things,” he said.

“This channel is living proof that anyone can achieve anything. Anyone can be under the mask,” he later added. “And I don’t want my facial reveal to distract from that fact, because it’s true and it can be.” And you can if you want. Dream could have been anyone from anywhere.”

The YouTuber has been a polarizing figure on the platform, having been doxed and accused of cheating in Minecraft. Unsurprisingly, its massive following comes with plenty of negative side effects as well. Dream addressed some of this head-on, saying he knew many might still doubt the authenticity of his video or believe he was an actor standing up for the gamer.

“I feel like I’m so desensitized to hate that I find a lot of it funny, which maybe I shouldn’t,” he said, adding that he recently received a text message from an FBI agent that he didn’t seriously: It was about a threat to his life. .

'Tell me what money we have': Inside the preposterous task of writing original songs for TV