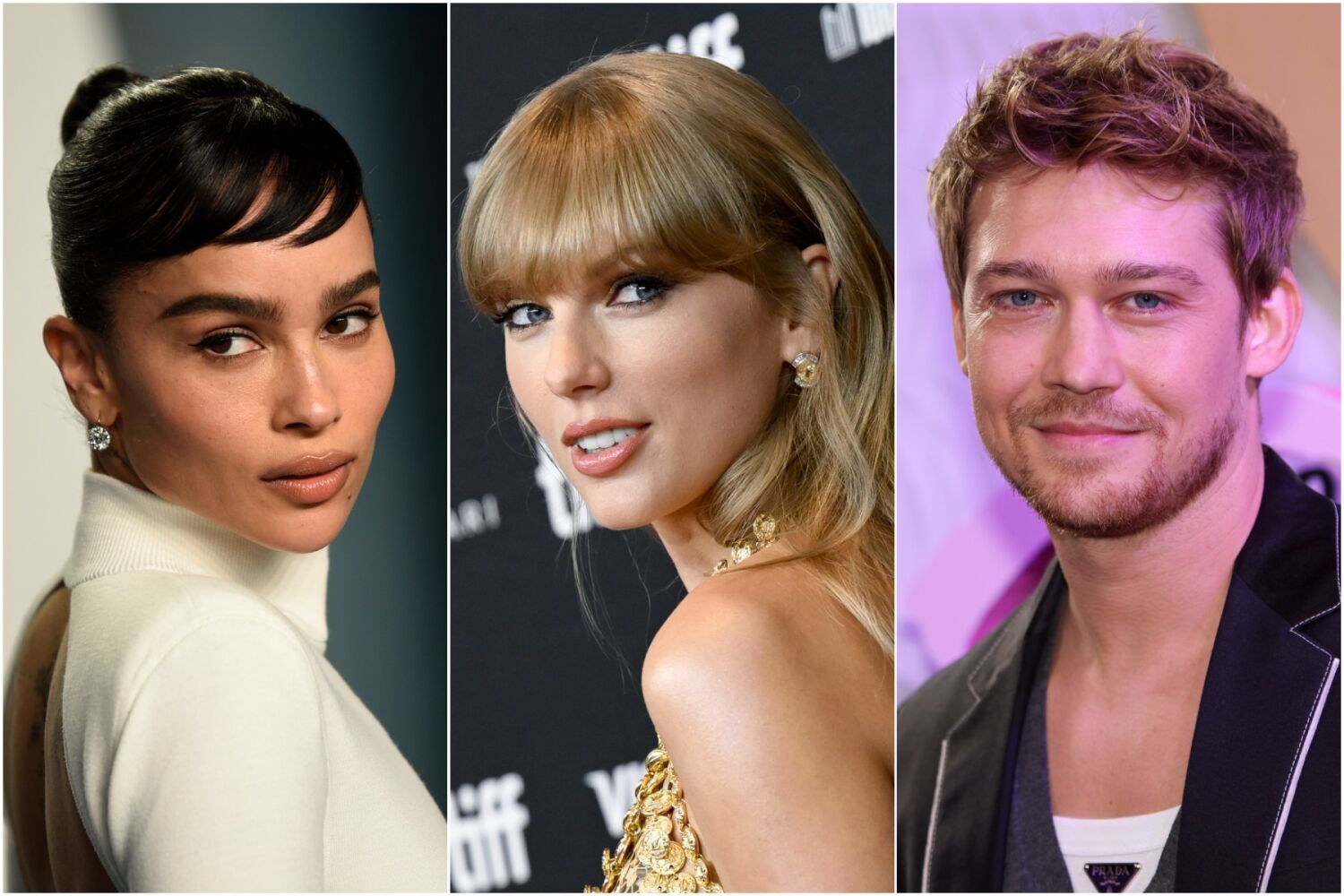 The scriptwriters for Taylor Swift’s upcoming album, Midnights, have been revealed and include actress Zoë Kravitz and Swift’s longtime boyfriend, actor Joe Alwyn.

That loans, viewable on the iTunes desktop app, reveal that Kravitz helped create the track “Lavender Haze” along with five other writers, including Swift and her frequent collaborator Jack Antonoff. Kravitz also assisted on the album’s 11th song, “Karma”. It is not yet known whether Kravitz, who is the singer of the electropop duo Lolawolf, will also provide the vocals for the songs.

In an Instagram video earlier this month, Swift explained that while watching an episode of “Mad Men,” she “stumbled upon the phrase “lavender haze” and thought it “sounded cool.” She later found out that the phrase was used in the 1950s to describe being in love.

“For example, if you were in the ‘Lavender Haze,’ it meant you were in this all-encompassing love glow, and I thought that was really beautiful,” she said. “And I guess theoretically if you’re in the ‘Lavender Haze’ you’re going to do whatever it takes to stay there and not let people pull you down from that cloud. And I think a lot of people have to deal with that now… because we live in the era of social media and when the world finds out that you’re in love with someone, they’re going to go for it.

“In my six-year relationship, we’ve had to dodge weird rumors, tabloid stuff, and we just ignore it. So this song is about ignoring that stuff to protect the real stuff.”

Alwyn, who stars in Claire Denis’ Stars at Noon opposite Margaret Qualley, helped write the song Sweet Nothing. He is officially credited as William Bowery, a pseudonym he also used for his credits on Swift’s albums Folklore and Evermore. In her Disney+ special, Folklore: The Long Pond Studio Sessions, the All Too Well singer revealed William Bowery is Joe, saying that he wrote the chorus for the track Betty and that he owns the first one came up with the verse and piano accompaniment for “Exile” on the album. Alwyn also helped create three songs on the Folklore follow-up album Evermore, including the title track.

During a May appearance on The Kelly Clarkson Show, Alwyn explained why he and Swift used a pseudonym.

“We decided to do that so people would listen to the music first, before analyzing the fact that we did it together,” he told Clarkson. “We did it under the name William Bowery. Very chic. It sounds like some sort of Agatha Christie character who should be wearing a monocle with a big mustache.”

The “Midnights” credits also reveal that Swift and Grammy-winner Antonoff teamed up for 11 of the LP’s 13 tracks, with the “Cardigan” artist penning the track “Vigilante S—” herself.

Swift has been leaking information about her forthcoming album drop by drop. Last week, she shared details about her collaboration with singer Lana Del Rey on the song “Snow on the Beach” on Instagram.

The “Cruel Summer” hitmaker described Del Rey as “one of the greatest musical artists of all time.”

“The fact that I get to coexist with her is an honor and a privilege, and the fact that she would be so generous as to collaborate with us on this song is something I will be forever grateful for,” Swift said of Del Rey. “I absolutely love her and I really hope you love this song as much as I do.”