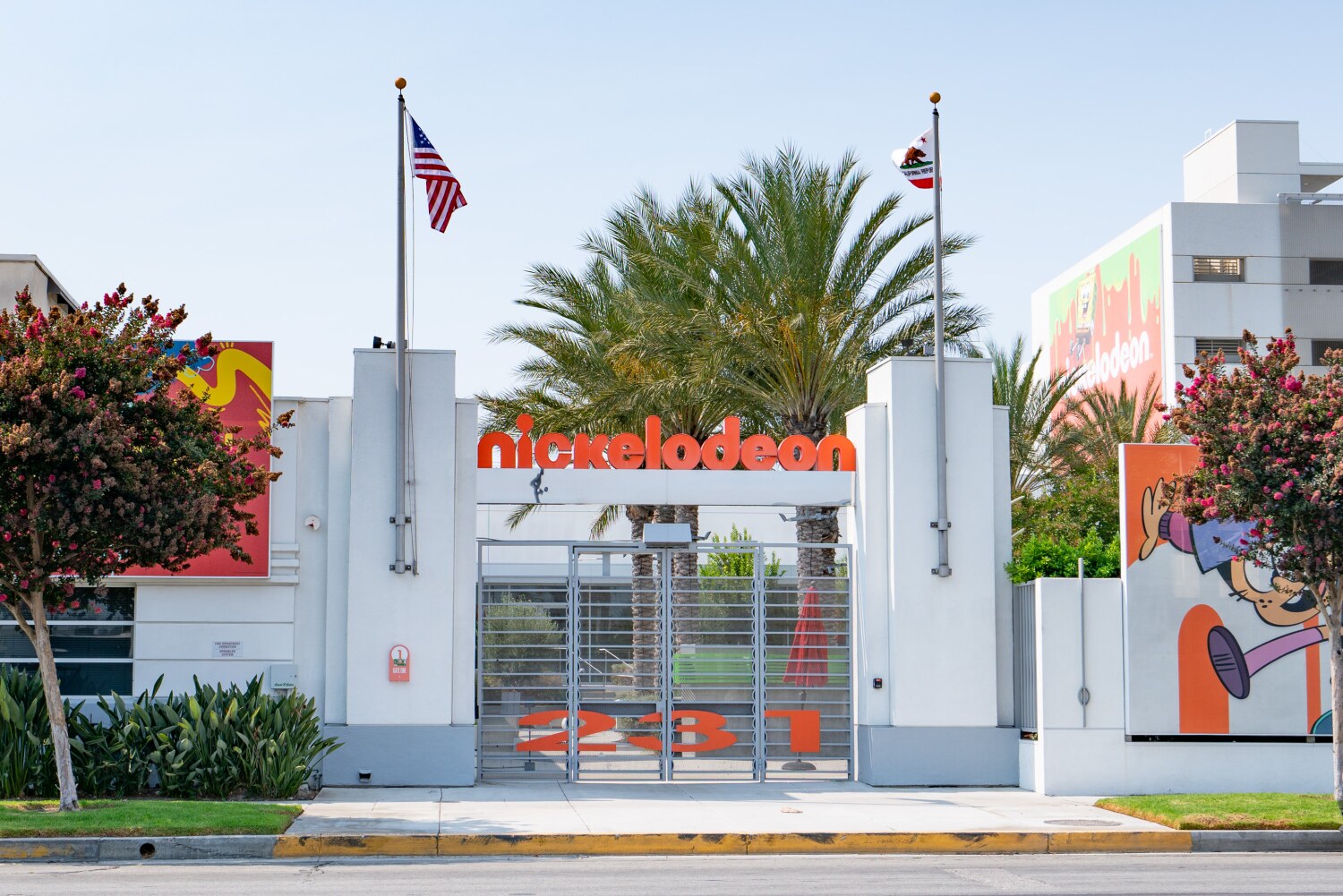 Former ‘Zoey 101’ actress Alexa Nikolas – who runs the Eat Predators organization, which works to help survivors of sexual abuse – organized the protest. She claimed that she and other child actors were “not safe” during their time on the show.

“I didn’t feel personally protected at Nickelodeon as a kid,” she said in a live stream of the protest posted to Instagram. “I demand that Nickelodeon start protecting children, not predators.”

Nikolas played Nicole Bristow in Zoey 101, which was also directed by Schneider. During the protest, she called Schneider “the creator of childhood trauma.”

“I didn’t feel safe around Dan Schneider while I was working at Nickelodeon,” she said.

Alongside Nikolas, about 20 protesters held up signs with the network’s bright orange logo and signature green slime. Some billboards read “Sickelodeon” and “predators,” while others featured images of various Nickelodeon characters, including Schneider and former network executives.

Nickelodeon did not comment on the allegations on Thursday. Schneider officials did not immediately respond to the Times request for comment.

Nikolas also called former Nickelodeon employees including Ezel Channel, John Kricfalusi and Jason Michael Handy, all of whom have been accused of sexual misconduct. Channel and Handy were both previously convicted of sex crimes.

She also criticized former Nickelodeon executives Sharon Lieblein and Cyma Zarghami, and Fred Savage, who directed Zoey 101. In March, Savage was fired from ABC’s reboot of The Wonder Years following an investigation into allegations of misconduct.

“What we’re seeing here is a bunch of ‘professional executives’ at Nickelodeon who didn’t protect the kids on set,” Nikolas said at the protest. “Kids on Nickelodeon weren’t safe, at least when I was there.”

Thursday’s protest and Nikolas’ allegations come weeks after McCurdy, who starred in hit Nickelodeon show iCarly and spin-off Sam & Cat, released a bombastic memoir, I’m Glad My Mom Died ‘ which discussed her experience with the network. Without naming Schneider, she claimed a character known as “the Creator” pressured her to drink alcohol when she was underage and said Nickelodeon tried to buy her silence.

“What the hell? Nickelodeon is offering me three hundred thousand dollars hush money for not speaking publicly about my experiences on the show? My personal experience of abusing the Creator?” she wrote in the book. “This is a network with shows for children. Shouldn’t they have some kind of moral compass? Shouldn’t they at least try to report according to an ethical standard?”